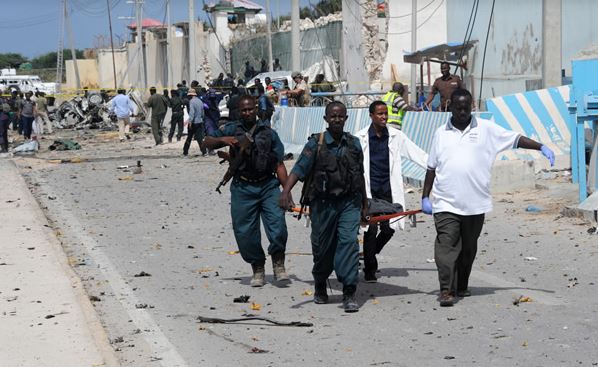 The attack in Ain al-Tamer, which involved six suicide bombers, some of whom may have been killed by security forces before they blew themselves up, also wounded at least six people, the officials said.