Award winning singer, Bruno Mars, has announced he’s taking his 24K Magic act on the road with an epic world tour in 2017. 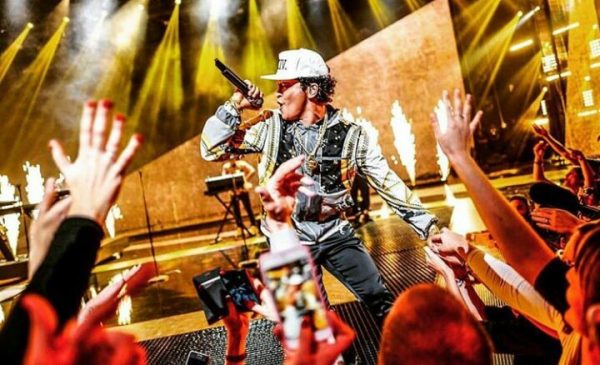 The ‘Just The Way You Are’ star will begin his nine-month musical venture in Antwerp, Belgium, in March and will jet around Europe until July 15, where he will perform in several cities across America and Canada.

The multi-talented singer will then wrap up the tour in Los Angeles at The Forum on November 11.

See the venues and dates below: 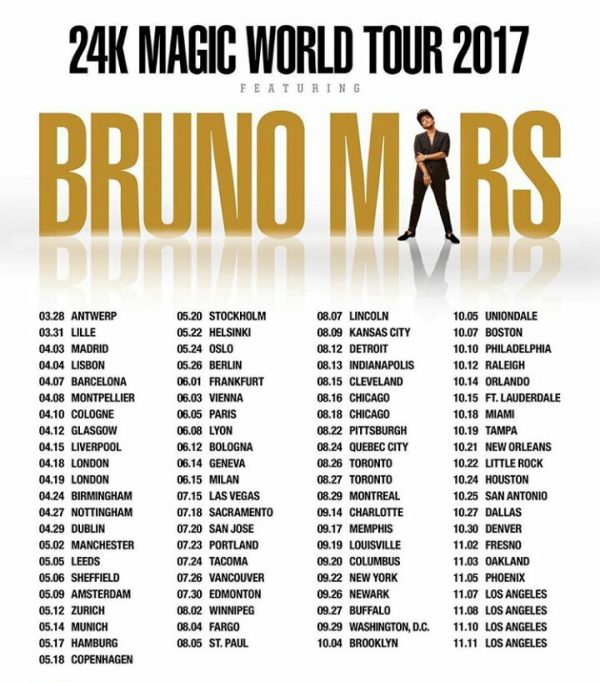