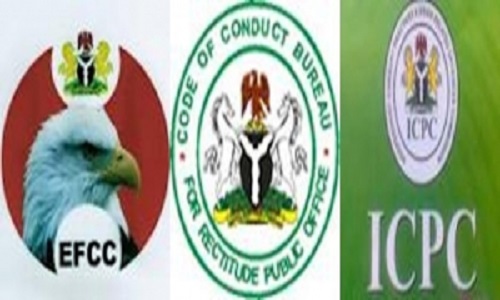 Some clerics have described the ongoing war against corruption by the President Muhammadu Buhari administration as the only way to bring the country out of the current economic recession.

The clerics spoke on Sunday in separate interviews with the News Agency of Nigeria (NAN) on the sidelines of the first convocation of Ilesa Missionary District of Foursquare Gospel Church in Ilesa.

NAN reports that theme of the programme is “In Times Like This” while the text was taken from Psalm 102 verse 13.

Omotoso said that Christians have critical roles to play in the anti-corruption crusade by setting a pace in holiness and righteousness in view of the economic mess the country found itself.

“We should all join hands together with the government to rebuke the looters of our nation’s treasury, because they are living in our midst, and by the time we do this, everybody will adjust and begin to do things in Godly manner.

“We found ourselves in this mess because we have deviated from the standard of God, and deviated also from holiness and righteousness.

“This is why corruption has eaten deep into all the facets of our society and this has brought the country to its knees, inflicting untold hardship on the populace.

“The only thing we need to do as Christians is to return to God and set standard for others to follow.

“In all our churches, even in our families, we should not compromise the standard of God”, the regional coordinator said.

Akinwale, who is also the Foursquare District Overseer of Ife, said that Christians have a lot of roles to play in tackling the present economic challenges facing the country.

“Christians should support President Buhari in the fight against corruption because corruption does not do anything good for the society.

“Our structure, our system is very weak, and for now, I want to advise the government to follow the rule of law in the course of fighting this monster called corruption to get the desire results.

“Government should also look for corrupt people now at the corridor of power and fish them out for justice.

“Any government that is selective in its fight against corruption, that is looking for only those in the opposition parties, will end up encouraging more people to be corrupt, and looters will continue to hold on to power to evade trial.

“Every corrupt leader, whether in government or in opposition parties, should be dealt with according to the law of the land so as to nip corruption in the bud.

“This will make everybody to begin to do things in the right way for the progress and development of the country”, he said.

Akinwale admonished Christians to have positive minds that “Nigeria is not going to end up like this, and that our country will still be great.

“When we have positive mind about our country, we will project Nigeria very well, and direct its spirit to the right direction”, he said.

In his own remarks, Williams said, “In times like this, put your trust in God first, be obedient and willing to serve in God’s Kingdom and live a life of holiness by running away from sin”.