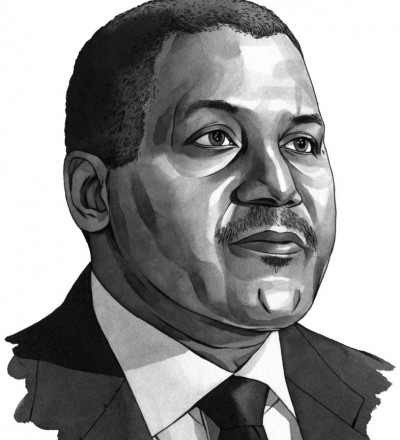 He made the donation after receiving a honorary doctoral degree at the convocation and 68th Founder’s Day ceremony yesterday.

In his speech, the business mogul said the Federal Government should give UI a special status to attract higher funding.

He said: “We do acknowledge that the Federal Government alone cannot shoulder the burden of funding tertiary education due to competing needs of other sectors also demanding attention.

“This is where Public Private Partnership (PPP) comes in. I strongly believe the private sector must go beyond the payment of the two per cent Education levy to join hands with the governments in funding tertiary education in Nigeria.”

He lamented that the standard of education has succeeded in creating three classes of Nigerians – a minority that is well educated, a majority that is poorly educated and those without education.

Describing this as bad for the nation, Buhari said efforts must be put in place to reverse the trend.

The President, who was represented by a Director in the Federal Ministry of Education, Hajiya Fatima Mohammed, reiterated his administration’s commitment to qualitative education, with the participation and support of stakeholders.

The Vice Chancellor, Prof Idowu Olayinka, said the university was being repositioned to compete with “globally acclaimed best universities”.

He announced a new faculty; Agriculture and Renewable Natural Resources, and the splitting of Department of Economics into Economics, Accounting, Business Administration and Banking and Finance.

The Chancellor and Sultan of Sokoto, Sa’ad Abubakar, urged universities to build requisite skills in their products to enable them create jobs.

Four hundred and forty-two candidates, spread over 11 faculties and two institutes and two centres, were awarded first degrees, Doctor of Philosophy degrees, in addition to one Doctor of Medicine (MD) from Faculty of Clinical Sciences.