Nigerian artiste Davido was present in Chelsea’s dressing room as they celebrated their 2-1 victory against London rivals Tottenham. 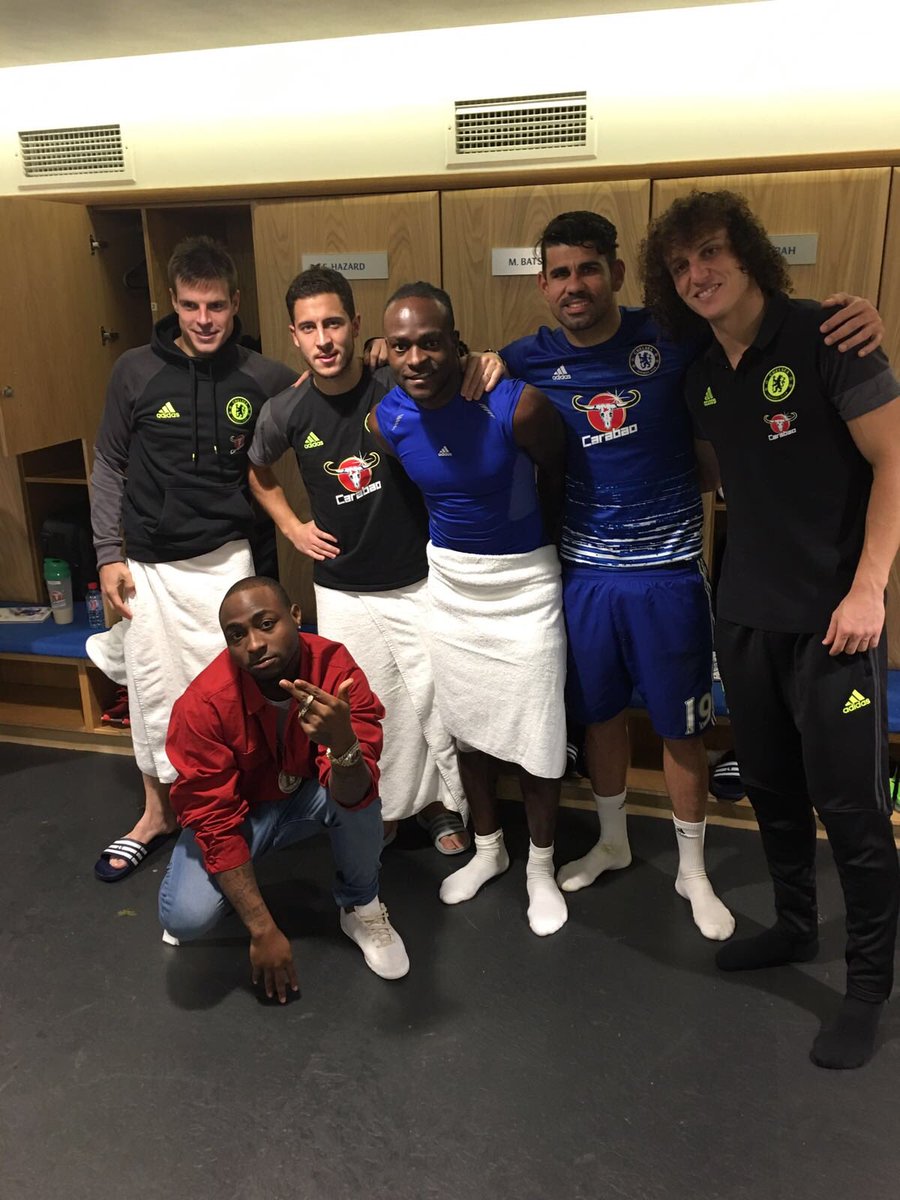 Chelsea returned to the top of the table after coming from behind at Stamford Bridge to hand Spurs their first Premier League defeat this season.

Antonio Conte’s side weren’t at their best for sure, but goals from Pedro and Moses canceled out Christian Eriksen’s early opening strike and the team was left celebrating the three points with joy.

Chelsea were struggling to retain possession at the opening half where they looked like the same side which was perhaps easily defeated by Liverpool and Arsenal earlier this season, as Spurs’ high pressure resulted into too many back-passes and long-balls for offside calls making it easy for the visitors to gain confidence from.

After just eleven minutes of play, Eriksen opened the scoring for Tottenham with a goal they deserved, as the Denmark international picked up Dele Alli’s pass and rifled a thunderous shot past Thibaut Courtois on goal.

Things could’ve turned out to be worse, but in Chelsea’s favour, Mauricio Pochettino’s men weren’t able to kill the game off in the first period, and Chelsea struck late to make it one-all.

Pedro received the ball in an empty space from Nemanja Matic, and after taking a flick to his right, the ex-Barcelona man curled a fabulous shot to score the very-much-needed equaliser on the brink of half-time.

The second half started with whole other plans. Chelsea didn’t take long to find the second goal.

With 52 minutes on the clock, Eden Hazard played Diego Costa brilliantly through on the left, where the Spaniard sliced a cutting low cross through the front of goal for Victor Moses, who tapped in the winning goal.