Doctors in China have grown an ear on a man’s arm in order to replace the one he lost during an accident, reports say.

The patient who is identified only as Ji, lost his right ear in a car accident a year ago. He has been receiving treatment from Guo Shuzhong, an expert in reconstructive surgery at the First Affiliated Hospital of Xi’an Jiaotong University in Xi’an, Shaanxi province. 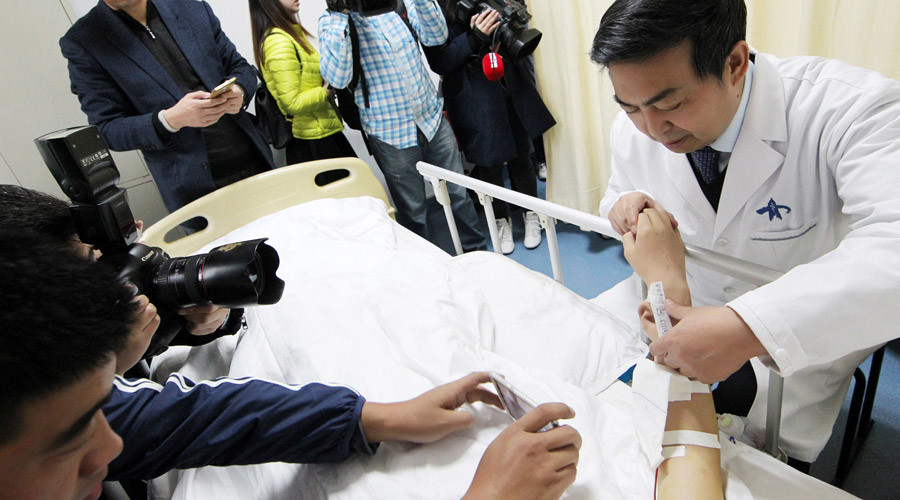 In the first phase, doctors buried a skin expander in the patient’s right forearm and regularly injected water to expand the skin.

In the second phase, doctors took part of the rib cartilage from the patient and buried it under the expanded skin, which was successfully done on Tuesday.

“The third phase of the operation, to transplant the new ear onto Ji’s head, will be carried out in three or four months,” Shu said.

Doctors have to wait for the organ to grow completely in order to make it perfect for the patient, he explained.

Ji, looking at the ear growing on his right arm, said with a smile: “It looks exactly the same as my old ear.“