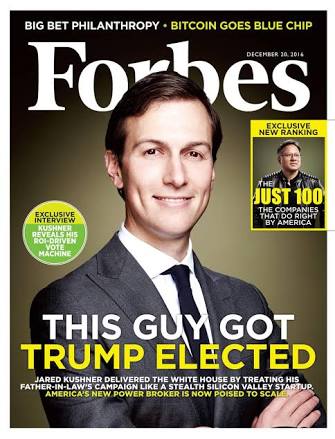 For those who don’t know, Kushner is the son of American real estate developer Charles Kushner and is married to Ivanka Trump, the daughter of President-elect of the United States Donald Trump. 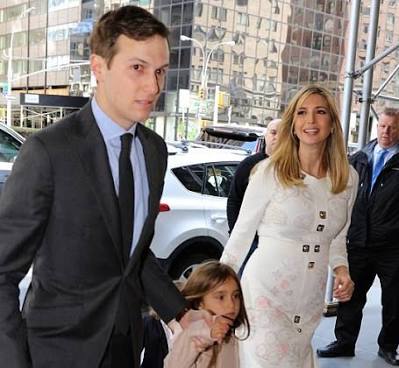 He was among the senior advisors of Trump’s presidential campaign. According to Eric Schmidt, “he actually ran the campaign”, while Peter Thiel described him as “effectively the chief operating officer.” He was the architect of Trump’s digital media strategy.

Read How Jared Kushner Won Trump The White House below.

It’s been one week since Donald Trump pulled off the biggest upset in modern political history, and his headquarters at Trump Tower in New York City is a 58-story, onyx-glassed lightning rod. Barricades, TV trucks and protesters frame a fortified Fifth Avenue. Armies of journalists and selfie-seeking tourists stalk Trump Tower’s pink marble lobby, hoping to snap the next political power player who steps into view. Twenty-six floors up, in the same building where washed-up celebrities once battled for Trump’s blessing on The Apprentice, the president-elect is choosing his Cabinet, and this contest contains all the twists and turns of his old reality show.
Winners will emerge shortly. But today’s focus is on the biggest loser: New Jersey governor Chris Christie, who has just been fired from his role leading the transition, along with most of the people associated with him. The episode is being characterized as a “knife fight” that ends in a “Stalinesque purge.”

The most compelling figure in this intrigue, however, wasn’t in Trump Tower. Jared Kushner was three blocks south, high up in his own skyscraper, at 666 Fifth Avenue, where he oversees his family’s Kushner Companies real estate empire. Trump’s son-in-law, dressed in an impeccably tailored gray suit, sitting on a brown leather couch in his impeccably neat office, displays the impeccably polite manners that won the 35-year-old a dizzying number of influential friends even before he had gained the ear, and trust, of the new leader of the free world. 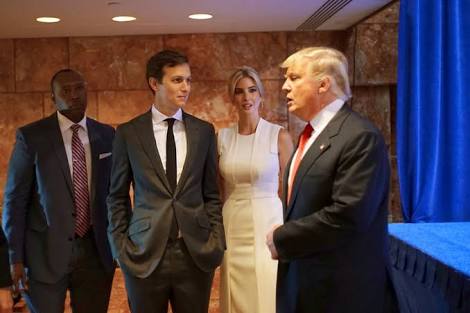 “Six months ago Governor Christie and I decided this election was much bigger than any differences we may have had in the past, and we worked very well together,” he says with a shrug. “The media has speculated on a lot of different things, and since I don’t talk to the press, they go as they go, but I was not behind pushing out him or his people.”

The speculation was well-founded, given the story’s Shakespearean twist: As a U.S. attorney in 2005, Christie jailed Kushner’s father on tax evasion, election fraud and witness tampering charges. Revenge theories aside, the buzz around Kushner was directional and indicative. A year ago he had zero experience in politics and about as much interest in it. Suddenly he sits at its global center. Whether he plunged the dagger into Christie–Trump insiders insist the Bridgegate scandal did him in–is less important than the fact that he easily could have. And that power comes well-earned.

Kushner almost never speaks publicly–his chats with FORBES mark the first time he has talked about the Trump campaign or his role in it–but interviews with him and a dozen people around him and the Trump camp lead to an inescapable fact: The quiet, enigmatic young mogul delivered the presidency to the most fame-hungry, bombastic candidate in American history.

You can read the full interview HERE.

This story appears in the December 20, 2016 issue of Forbes.