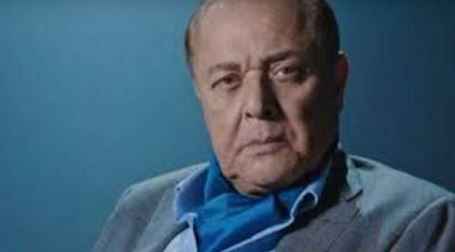 Iconic Egyptian actor Mahmoud Abdel Aziz, who starred in more than 90 feature films and worked under some of Egypt’s most celebrated directors, has died aged 70.

Abdel Aziz died on Saturday evening “in hospital in Cairo, at the end of his fight against illness,” Sameh al-Sirity, from the Egyptian Actors’ Syndicate, told AFP.

His funeral will be held on Sunday in a mosque in a suburb of the capital.

Born in 1946 in the coastal city of Alexandria, Abdel Aziz cut his teeth in a string of television series before making the leap to the big screen.

He was most known for his role in the 1991 film “Al Kit-Kat”, where he played an eccentric blind man who dreams of riding a motorcycle.

Although a comedy, the film, directed by Egyptian realist filmmaker Daoud Abdel Sayed, was critically acclaimed for its searing social commentary.

In 2001’s “The Magician”, Abdel Aziz plays a single father who falls in love with his next-door neighbour, whose husband has recently left her to raise her son alone.

Abdel Aziz, who was admired for his ability to reinvent himself throughout his career, took a controversial role in “Raafat El-Hagan”, a 1980s television drama depicting the life of an Egyptian spy in Israel.

He was married to Egyptian actress Poussy Chalabi and is survived by two sons, Mohamed and Karim.