If Fashola were Igbo, he would have left Tinubu – Kalu 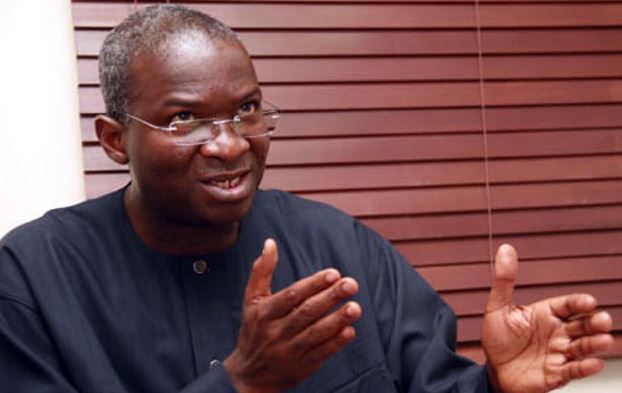 Obano allegedly thereafter turned the job seeker into a sex worker in the hotel.

PUNCH Metro learnt that Elizabeth, a mother of two, reportedly got tired of being a commercial sex worker, and on October 5, told her elder sister on the telephone what she was going through.

The sister was said to have informed the police at the Anti-Robbery Squad of the State Criminal Investigation and Intelligence Department, Yaba, leading to Obano’s arrest.

Our correspondent gathered that another accomplice, a commercial sex worker, identified as Grace Edet, who allegedly was Elizabeth’s supervisor, was also picked up by the police.

Speaking with PUNCH Metro at the command headquarters, Ikeja, Obano, who admitted to have brought the victim from Akwa Ibom, said he only assisted her to find a means of livelihood.

He said, “I am the manager of Tisa Hotel in the Ijegun waterside. I am not a human trafficker. It was only this lady that I brought from the village. I met with her father and he explained her predicament. She is 23 years old. She has two kids and she was living a miserable life. So, I decided to get a job for her.

“It was her elder sister who reported the matter to the police. The victim is with her brother presently. The arrangement was that I would be paying her and she would also hustle in the hotel and send the money to take care of her father.

“The police should let this matter be settled amicably. It is a family issue.”

The accomplice, Edet, told our correspondent that Obano had instructed her to train Elizabeth in commercial sex.

She said, “I have worked in the hotel for some years. I am a commercial sex worker. When the manager came back from Akwa Ibom earlier in the year, he returned with the lady. He handed her over to me, saying I should teach her some tricks of the trade.

“I did not know the arrangement between them. When I asked the lady why she was brought, she replied that she was asked to hustle at the hotel. So, I do not have any fault in the matter.”

A police source told our correspondent that Obano allegedly had more girls he used as commercial sex workers in hisA former Governor of Abia State, Orji Kalu, has said Igbo people are better traders than politicians.

Kalu said the lack of understanding of politics and the indiscipline of Igbo politicians were responsible for what he called the political backwardness of the South-East.

He said the political fortune of the Igbo would have been better had their politicians approached politics like the Yoruba.

Kalu said Igbo politicians had a lot to learn from how a former Governor of Lagos State, Babatunde Fashola, and his predecessor, Bola Tinubu, handled their differences during Fashola’s second term.

He said things would have been different if his own successor, Theodore Orji, had the same approach as Fashola.

Kalu, who said most of the Igbo elite were selfish, said the Igbo should blame themselves and not the Federal Government for their woes.

The Editor-in-Chief of The Interview magazine, Mr. Azu Ishiekwene, in a statement of Monday, quoted Kalu as saying this in a recent interview he granted the magazine.

According to Ishiekwene, Kalu told The Interview magazine that, “Let me tell you, there were more problems between (Bola) Tinubu and (Babatunde) Fashola than there were between me and Theodore Orji. But it is the discipline of the Yoruba that kept them at bay.

“The Igbo have no discipline in terms of politics. They are very good traders; they’re good in anything they do, but they don’t understand politics.”

Kalu recalled a conversation he had with President Muhammadu Buhari, where the President wondered aloud “why previous high-profile Igbo appointees had done nothing for the region.”

According to Ishiekwene, Kalu barred his mind on the agitation for the sovereign state of Biafra as well as the travail of the detained leader of the Indigenous People of Biafra, Nnamdi Kanu.

He also spoke on “his relationship with former President Ibrahim Babangida and former Governor Ikedim Ohakim; the recent statement of former Governor Peter Obi; and allegations that while he governed Abia for eight years, his mother ruled,” Ishiekwene said.

The state Commissioner of Police, Fatai Owoseni, who paraded the suspects, said the command would not tolerate any form of crime, urging the public to always avail the police of credible information.