FC Ifeanyi Ubah needed nerves of steel in the penalty shootout of the Federation cup to beat Nasarawa United. 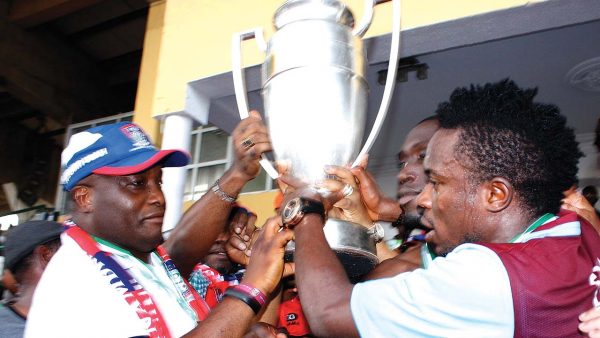 The match ended goalless in full time at the Teslim Balogun despite both teams creating several chances to score.

Ifeanyi Ubah held their nerves when regular time ended as they scored all five of their penalties while Nassarawa United saw Sogbeso Seun miss his spot kick. Nasarawa United would have been disappointed as the governor of the state, Tanko Al-Makura was at the stadium to watch his home team lose.

The Nigerian Sports Minister Solomon Dalung as well as the Chairman of the Lagos State Sports Commission, Deji Tinubu were also present.