The troubles of Jose Mourinho and his Manchester United side continued with a 2-1 defeat at Fenerbahce which leaves their qualification chances out of Europa League Group A in the balance.

The former Chelsea coach will have been left less than impressed by the manner of his team’s defeat in Istanbul.

The Turkish side took the lead inside two minutes with a brilliant overhead kick from Moussa Sow, before United saw world record signing Paul Pogba hobbled off injured. 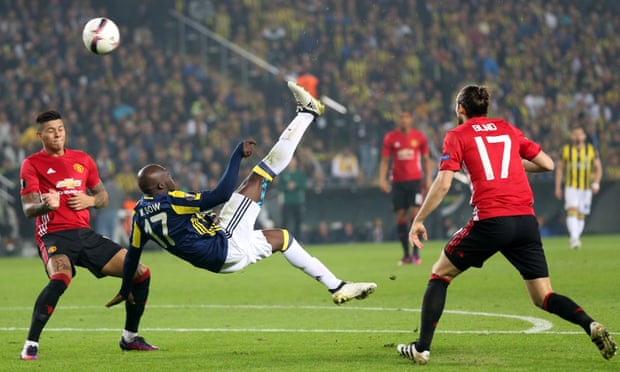 Jeremain Lens curled in a free-kick on the hour to double Fenerbahce’s lead, with United captain Wayne Rooney scoring a late consolation.

Following Feyenoord’s 1-1 draw at Zarya Lugansk, where they finished with 10 men, United are now third in their group, a point behind leaders Fenerbahce and the Dutch side.

United next host Feyenoord on November 24 and will end their Group A campaign away to Ukrainian side Zarya.