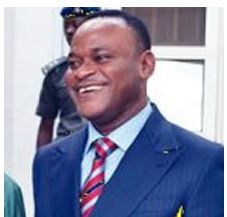 The deputy governors of Abia, Ebonyi, Kano, Sokoto and Taraba states have rejected a prophecy that they will run into trouble with their principals before the end of their tenures.

The prophecy was reportedly given recently by the Spiritual Head of the INRI Evangelistic Spiritual Church, Primate Elijah Ayodele.

But reacting to the prophecy on Tuesday, the Deputy Governor of Ebonyi State, Dr. Kelechi Igwe, described the prophecy as fallacious and one intended to create rancour and disaffection in the polity.

Igwe said the prophesy was nothing but a figment of Ayodele’s imagination and urged the public to ignore the prophet “for he knows what he is doing.”

In a statement he issued on behalf of himself and the other deputy governors, Igwe said, “Ordinarily, we would have ignored this so-called prophecy but doing so could create the impression that we believe him or that that he should be taken seriously.

“We make bold to state that this prophecy, like the ones before it, are fallacies meant to create tension, rancour and unnecessary friction in the polity.

“We vehemently reject this so-called prophesy, which, in our own estimation, is nothing but a figment of the imagination of the man who released it.

“We all have had and still have very good working relationship with our bosses in our various states and do not see any reason for the predicted crisis.

“We urge the government and the good people in our various states to ignore Primate Elijah Ayodele for he knows not what he is saying or doing.

“Primate Ayodele could not have heard from God because he has been in the business of releasing false prophecies at every turn in the politics of Nigeria and the world.