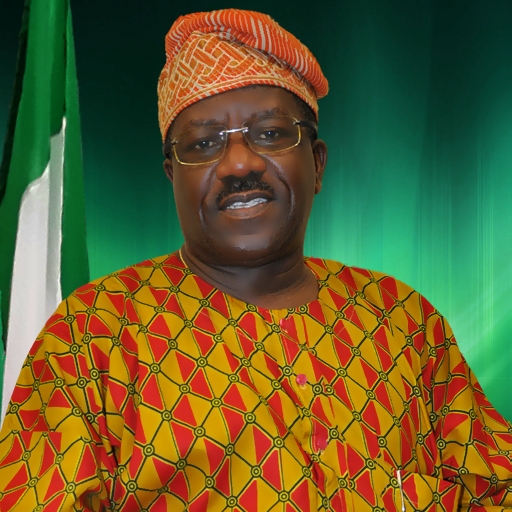 Mr. Dada, who made the suggestion during interview with the News Agency of Nigeria (NAN) in Abuja on Friday, said “corruption is the bane of this country and the only way out is heavy penalty, even death sentence, for those found guilty.

“The only way you can stop corruption is through death sentence”.

Mr. Dada noted that there were so many laws that should be promulgated at this stage of Nigeria’s development, pointing out that England did so too at a stage in her life.

He accused civil servants of being the major culprits, pointing out that they had access to public funds which made it easy for them to steal from the national treasury.

“This is why some of them, after stealing so much money from government, set up personal businesses but collapse soon after because they only know how to steal, not to create wealth.

“Wealth creation is a process that must be sustained but you go bankrupt the day you are taken away from the source where you steal,” he said.

The lawmaker said about 1.2 million houses built with stolen money in Lagos and Abuja were in the market for sale with nobody to buy them.

“That is why you find houses everywhere unoccupied because they steal this money and they ask the contractor to go and build houses for them. Go to Lekki, you will find them there and here in Abuja.

“If you borrowed money from the bank will you be able to lock up the houses unoccupied,” he asked.

Mr. Dada implored the Federal Government to impose property tax on all unoccupied houses in the country, promising that he would soon sponsor a bill to identify who owns each building in the country using modern platforms on the internet.

Mr. Dada said corruption has devastated the country’s economy so much that the only way to stop it is the death penalty.

He said although the developed nations would frown against it, people should read the history of England.

“Who killed King James?” he asked. “At that time, that was what could solve the problem for them, we are not civilized here, we think we are, because we are riding exotic cars, in fact we are in the 14th in Nigeria.”

He said Nigeria had disappointed the world not just Africa “because in every group of Africans you see, five are Nigerians.

“So, the whole world expected us to be trail blazers that would lead Africa out of poverty.

“Today, many in Russian, Malaysian, Thailand, Indian and Great Britain prisons are Nigerians. Why? It is because of indiscipline in the society,’’ he said.

He said Nigeria was gradually getting to the stage the Republic of Liberia was when the war broke out. “The major danger here is the large population of youths who are unemployed.

“When you have a large population of youths who are under-educated, under-housed, under-developed and you have a handful minority in the ruling elite class monopolizing the government apparatus, you are courting trouble.

“Nigeria as an oil producing nation is an enabler for job creation.

“My worry is that if nothing is done, the crisis would start from starvation, food shortage. Texas in the United States is bigger than Nigeria and the population of Texas is about 20 million and Nigeria, in about ten years time, will be 200 Million.

“The land is not expanding, yet population is increasing. We are not like India and China sub-continents. India is bigger than Nigeria. So, they can accommodate large population but that is not the issue.

“The issue is that they have a productive economy. So, we can’t compare them with Nigeria at all.

“Let Nigeria compare herself with neighboring West African countries. We had an opportunity to turn Nigeria into a productive economy for 40 years but we wasted the opportunity.

“All the money made from oil was wasted. We have no petro-chemical industry, now we import virtually everything.

“The few industries that were left by the colonial European administration have all collapsed,’’ the lawmaker said.

Mr. Dada said that was a great mistake and that Europeans should have been left to run their industries while Nigerians took over governance.