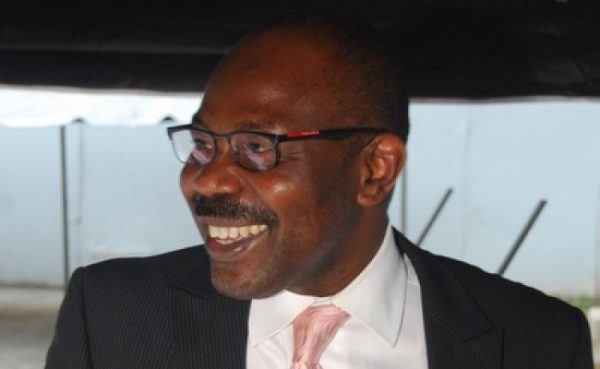 The National Legal Adviser of the All Progressives Congress, Muiz Banire (SAN), has denied media reports that he was grilled by Economic and Financial Crimes Commission (EFCC) for making payment of N500,000 into a judge’s bank account.

The APC legal adviser clarified that he was neither arrested nor invited by the anti-graft commission, saying he voluntarily turned himself in to the EFCC to assist its investigation of the matter.

There were reports last week that Banire, a former lecturer at the University of Lagos and Senior Advocate of Nigeria was among senior lawyers quizzed by the EFCC for allegedly giving bribe to judges.

Following the arrest of some judges last month by operatives of the State Security Service, the EFCC had launched a massive investigation into allegations of bribery of judges by some senior lawyers.

During investigations, the EFCC reportedly stumbled upon a transfer of N500,000 by Mr. Banire into the bank account of James Agbadu-Fishim, a judge at the National Industrial Court.

Mr. Agbadu-Fishim was among the judges who reported to the Lagos office of the EFCC last month to write statements on the findings.

The reports further said the legal adviser to the governing party was grilled for over six hours over the questionable payment and his international passport confiscated by the EFCC.

But in a statement on Sunday, Mr. Banire denied ever giving bribe to Mr. Agbadu-Fishim or any judge for that matter.

“I did not give any bribe of the sum of N500,000 or any amount to any judge at any time whatsoever”, said Mr. Banire, a former commissioner in Lagos State.

“The person to whom I gave a gift of N500,000 in 2013 was a former colleague in the academia, a fellow lawyer whom I now understand to be a judge with whom I had lost physical contact for more than 17 years until probably three years ago when he solicited for my financial assistance towards his mother’s burial”.

He also pointed out that he had never appeared before Mr. Agbadu-Fishim either as a lawyer or a litigant, adding that he only ran into him on November 3 at the EFCC premises.

“I have never taken any benefit from the said recipient of my generosity and have never expected any in return”, Mr. Banire said.

“The occasion of the gift was purely customary for the purpose of assisting in the burial of his deceased mother.

“I must say this kind of assistance is not peculiar to this old colleague but that which is the nature of my usual disposition to all; colleagues, associations, students, clubs, religious bodies and humanity in general.

“I am a strong advocate of anti-corruption campaign and will never descend into the insanity of offering bribe to pervert the course of justice”.

Mr. Banire, was, however, silent on whether his travel documents were actually seized by the EFCC as widely reported in the media.