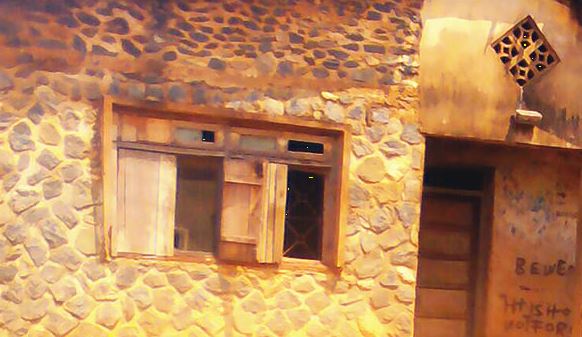 A woman in her late 20s has been confirmed dead after she was reportedly gang-raped in an abandoned building on Farawe Street, Agbado-Oja, in the Ifo Local Government Area of Ogun State.

PUNCH Metro learnt that the woman, whose identity had yet to be determined, was found naked and unconscious in the building with blood coming out of her private parts. It was also said that her mouth was covered in blood.

Our correspondent gathered that some children were playing football on a pitch near the building at about 6pm last Wednesday when their ball flipped into the building.

One of them, who went to pick the ball, reportedly discovered the victim writhing in pains and raised the alarm, which drew his peers and other residents to the scene.

A resident, who identified himself only as Soji, said the woman was immediately rushed to a hospital in the area, but died on the way.

He said, “I think the woman was gang-raped because there was bloodcoming out of her private parts and her mouth. She had become very weak and couldn’t talk when we asked her how she got into the building. She just gesticulated with her hands.

“We have not got to the Agbado division, where we wanted to obtain police report to present at a hospital when she died.”

Another eyewitness, who did not want his name in print, said the incident must have been perpetrated by suspected ritual killers.

“Her body has shrunk and she was frail. She was not from this community. I think this case is beyond ordinary rape; it has a ritual undertone,” he said.

The Baale of Ago-Agbado, Chief Sunday Oyeogun, said the woman’s corpse was buried around 2pm the following day as none of her relatives showed up.

He said, “It appeared the woman was raped and had been in the building a few days before she was found on that day. I informed the health workers at the Agbado-Oke Odo Local Council Development Area so that her corpse would not pose health hazard to residents. She had been buried.

“The family members, who own that building, have issues with one another over the sharing of rent. That was why they sent all the tenants away.”

A worker at the council, who did not want his name in print, confirmed the burial of the victim to PUNCH Metro.

“I can’t say more than that. My boss is in the best postion to explain more. But he is not around now,” he added.

A police source told our correspondent on Wednesday that although the case was not formally reported at the station, the police were aware.

The source said, “We learnt the woman was a destitute. The case can only be investigated if it is reported.”

The Ogun State Police Public Relations, ASP Ambibola Oyeyemi, said the command was not aware of the incident.