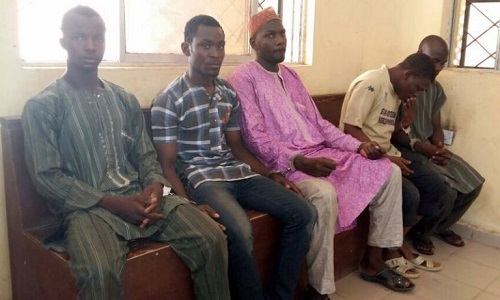 The Human Rights Writers Association of Nigeria (HURIWA) has faulted the Kano State Government for calling off the prosecution of the suspected killers of a 74-year-old woman in Kano.

The National Coordinator of HURIWA, Mr Emmanuel Onwubiko, said in a statement in Abuja on Monday that there was need to carry out diligent investigation on the killing of the woman.

He demanded that the killers of the woman must be brought to book.

Last week Thursday, five key suspects in the killing of Mrs Bridget Agbahime, a trader at the Kofar Wambai market in Kano, were set free on the orders of a Kano Magistrates’ Court.

The HURIWA Coordinator said that the case should be properly re-filed at a proper court and given accelerated hearing.

“The killers of this Nigerian citizen should be charged and punished for the murder, rather than letting them go unpunished”.

He also faulted the Kano Magistrates’ Court, presided over by Jibrin Muhammad, for setting the suspects free.

Mrs. Agbahime from Imo, was killed on June 2, 2016 at the Kofar Wambai Market by a mob over alleged blasphemy against Islam.

Onwubiko said that Muhammad’s decision was based on the directive of the Kano State attorney-general and commissioner for justice.

They were earlier charged with a four-count charge of allegedly inciting disturbance, culpable homicide, joint act and mischief.  (NAN)