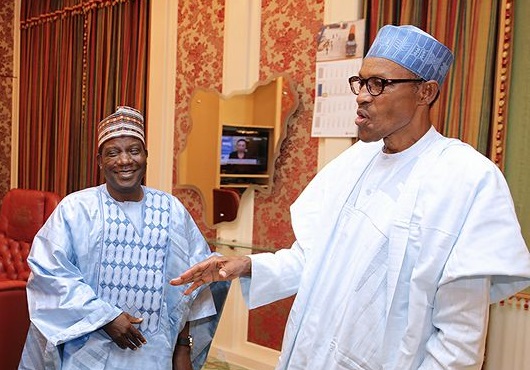 Lalong said this while speaking to State House correspondents after he formally presented Chief Rotimi Akeredolu, the All Progressives Congress’s gubernatorial candidate in Ondo, to President Buhari.

According to him, Buhari is the President of Nigeria, and neither a PDP member nor chairman of the Independent National Electoral Commission (INEC).

“Let me say it was even wrong for them to start running to Mr President,to help them solve the problem of PDP in their party, Mr President is the President of Nigeria and he is not a member of PDP.

“Even when we have problems in APC, we don’t run to Mr President, if he (Mimiko) has a problem in his state, he is the governor, let him stay there and resolve the matter.

“It is a matter between PDP and PDP, and those matters are in court, so, why should you run to the President,is the President the chief judge of Nigeria? He is not the INEC chairman either.”

Lalong, who is the Chairman of the APC Governorship campaign in Ondo, revealed that President Buhari had endorsed the candidature of Rotimi Akeredolu as APC candidate for the election.