Democratic Presidential candidate, Hillary Clinton is pulling out her big guns just hours ahead of the November 8 General election. 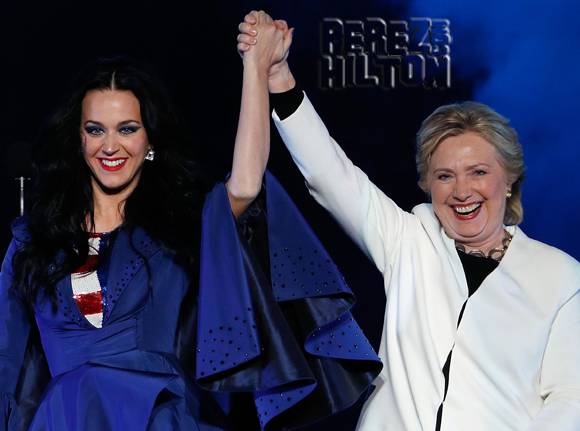 It’s been a tough two weeks for Hillary after the FBI reopened an investigation into her controversial emails and then announcing nothing new was discovered on Monday morning.

Her last-minute rally on Saturday was graced by Katy Perry who urged a roaring crowd in Philadelphia to get behind Hillary Clinton.

On Sunday, Cleveland Cavaliers star, Lebron James and teammate J.R Smith were at a Clinton rally in Ohio, endorsing her and encouraging people to go out and vote!

Lebron endorsed Hillary in October in an article in which he stated, “Only one person running truly understands the struggles of an Akron child born into poverty,”

“And when I think about the kinds of policies and ideas the kids in my foundation need from our government, the choice is clear. That candidate is Hillary Clinton.”