Seven Nigerian soldiers who heroically gave their lives for the country in the battle against dreaded terror group, Boko Haram have been laid to rest in Abuja. 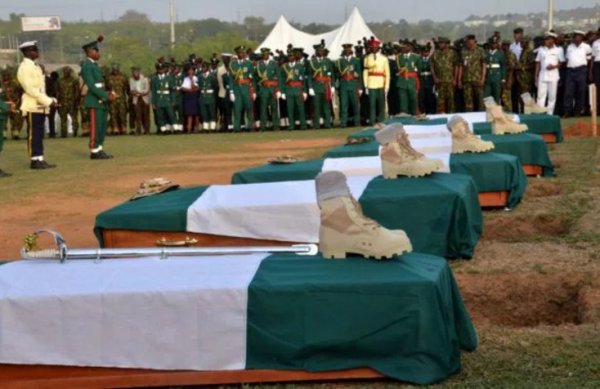 Many Nigerians paid tribute to Lt.Col. Muhammed Abu-Ali for his exceptional bravery and acts of heroism.

Nigeria’s Chief of Army Staff, Tukur Buratai was in attendance as the gallant soldiers were laid to rest in the presence of their family members and well-wishers. Although President Muhammadu Buhari did not attend the funeral, he sent a representative and reportedly called the families of the slain soldiers to express his condolences.