Legendary pop icon Madonna is showing her support for Democratic presidential candidate, Hillary Clinton, prior to the US presidential elections through an impromptu concert she is holding in New York. 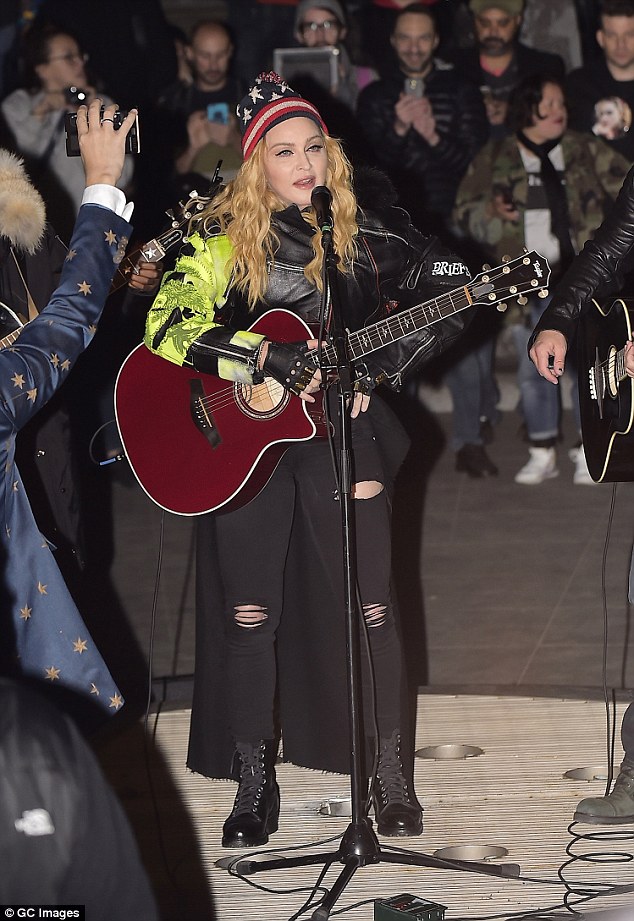 The 58-year-old held the concert on Monday night as she performed some of her greatest hits like Express Yourself, Don’t Tell Me, Imagine, Like a Prayer and If I Had a Hammer.

The outdoor concert in Washington Square Park, Manhattan was attended by about 300 people who sang along to the pop star’s tunes.

Madonna opened the 30-minute performance by urging the crowd to vote on Tuesday.

As she finished the concert, she again urged the growing crowd to go to the polls and vote for Clinton.

“New York! Tomorrow is the big day. Are you listening?” She said. “Do we want Donald trump to be president?”

“No!” the crowd roared back.

“Do we need Hillary Clinton?” 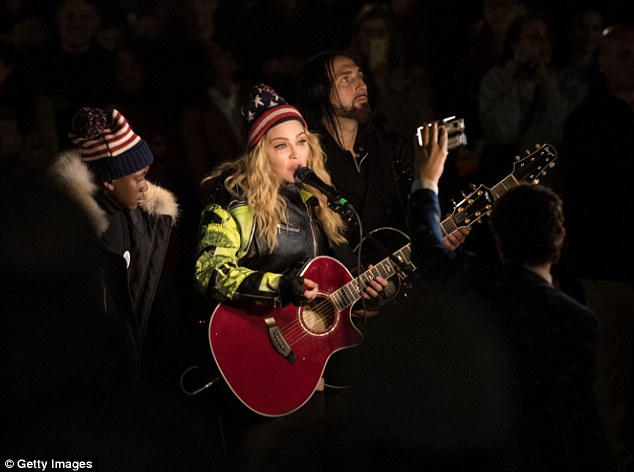 Madonna hasn’t hidden the fact that she is a supporter of Clinton.

In October, she offered a strange reward to anyone who votes for the Democratic candidate- a blow job.

Also at the end of September, she posted a naked selfie on Instagram, wearing nothing but jewelry while she pledged her support for Clinton.