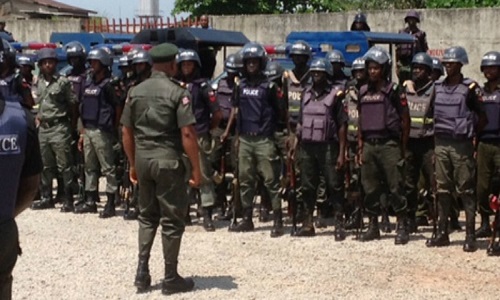 The Ebonyi State Police Command on Tuesday said it has re-arrested a man, Christopher Ochuba, who escaped twice from police custody.

George Okafor, the State Police Public Relations Officer, made this know while speaking to reporters, as he added that the suspect, a motor-mechanic, was currently undergoing investigation.

According to Mr. Okafor, the suspect, a native of Ogbo in Ivo Local Government Area of the state, while trying to escape, attempted to kill a police officer, Francis Alozie, by stabbing him on the shoulder.

The Spokesperson added that in the process of his detention, the suspect who was arrested for stealing brandished a ‘jack-knife’ and attempted to stab the officer.

“He used the knife to threaten other officers at the counter and escaped into the bush in the process,” he said.

The spokesman noted that the police launched a manhunt for him and that a surveillance team sighted him in his mechanic workshop weeks later.

“The suspect was re-arrested and in the process of taking him back to the station, he brandished the same knife and stabbed the officer, Alozie in the shoulder.

“He escaped again but the officers pursued, re-arrested and took him back to the station,” Okafor said.