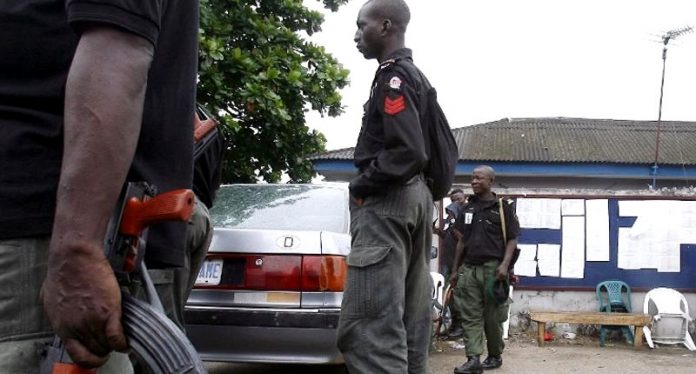 A Makurdi Magistrates’ Court on Thursday sentenced 31-year-old applicant, Gideon Chubu, to 12 months imprisonment for impersonating a soldier and duping a mobile police officer of N40,000.

Mr. Chubu was arraigned on a two-count charge, bordering on cheating and impersonation, punishable under Section 326 of the Penal Code Laws of Benue, 2004.

The Magistrate, Lillian Tsumba, sentenced Mr. Chubu to 12 months imprisonment after he pleaded guilty to the crime and begged the court for leniency.

Ms. Tsumba, who noted that the convict had no record of previous convictions, said the sentence was to serve as deterrent to others.

The magistrate also ordered Mr. Chubu to pay back the sum of N40,000 he fraudulently collected from the mobile policeman.

The prosecutor, Gabriel Agbadu, had told the court that one Elija Ikwe, attached to 13 Police Mobile Force, Makurdi, reported the matter at ‘C’ Division Police Station, Makurdi on November 6.

Mr. Ikwe, a corporal, reported that he met Mr. Chubu at Wurukum roundabout, Makurdi, on October 26, and he introduced himself as a soldier serving with the Chief of Defence Staff in Abuja.

Mr. Ikwe further stated that the convict deceptively collected N40,000 from him with a promise to help enlist his younger brother into the Nigerian Army.

The victim stated that the convict was later discovered not to be a soldier and had converted the money to his personal use.

The prosecutor said that the convict was arrested during police investigation and he confessed to have committed the crime.