Most of the invited Super Eagles players have arrived the country and will hold a training session on Tuesday morning in preparation for the 2018 World Cup Qualifier match against Algeria.

6 of the invited players are yet to arrive even as the training session begins 10 am at the practice pitch of the Abuja National Stadium. 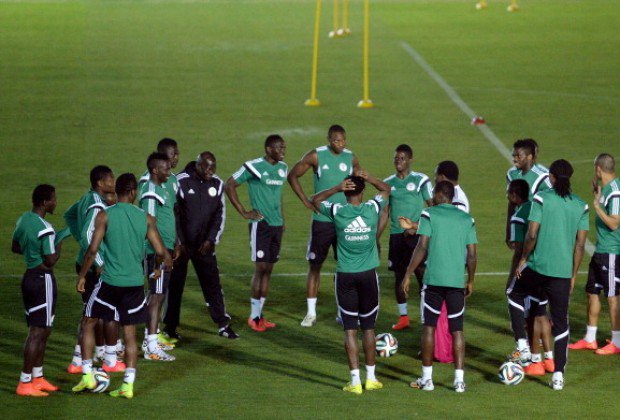 Captain John Obi Mikel, Vice-Captain Ahmed Musa, and defender Elderson Echiejile are among the players yet to arrive.

Also, the Portugal-based duo of Dele Alampasu and Oghenekaro Etebo as well as Shehu Abdulahi have not yet arrived.

Premium Times reported that the media officer for the Nigerian football team, Toyin Ibitoye, said all the expected players are in town from their respective bases and would link up with their colleagues ”soonest”.

”Any moment from now, they will all join us,” he assured.

Ibitoye also explained that a second training session was to be held later on Tuesday at the same venue.

The Super Eagles are group leaders coming into the match, as they are the only team in the group to have won a game after beating Zambia 2-1 away at Ndola.

Algeria and Cameroon played out a 1-1 draw in Mustapha Tchaker Stadium, Blida, Algeria.