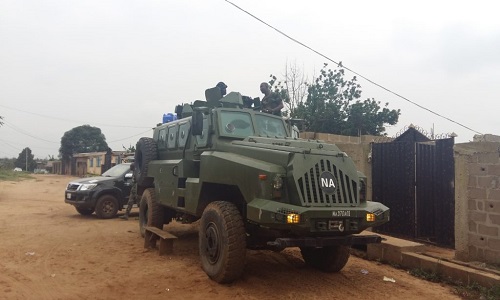 Nigeria and Russia have agreed on areas of military cooperation, an official has said.

The Minister of State for Foreign Affairs, Khadija Abba-Ibrahim, also said Nigeria will soon stop the importation of wheat from Russia. .

“We have two agreements on military cooperation which we have negotiated and are likely to be signed very soon.

“They are on technical cooperation, training and purchase of modern military equipment at moderate prices than going into the international market,” she said.

Mrs. Abba-Ibrahim, represented by Baba Garba, Director, European Affairs in the ministry, made the disclosure at the end of the fourth Joint Commission meeting between Russia and Nigeria in Abuja on Friday.

“We import a lot of wheat from Russia and we are telling Russia that this has to stop.

“We want the Russian companies and farmers to come to Nigeria to show us how we can grow our agriculture sector with modern technology,” the minister said.

Mrs. Abba-Ibrahim said the meeting was to foster the existing relationship between the two countries. She noted that Nigeria and Russia had enjoyed cordial relations over time.

She said Russian companies expressed interest in investing in some areas of the Nigerian economy, especially in pursuing the diversification of the economy through mining, agriculture, among others.

Mr. Yurievich lauded the cordial relations between the two countries.

He said that the expert meetings showed that many Russian companies were interested in investing in Nigeria, while Nigerian companies also showed interest in Russia.