A Nigerian footballer, Harrison Chinedu has entered the Guinness book of records for a feat which can only be described as sensational. Harrison cycled for 64 miles with a football balanced ever so gingerly on his head from the Bar beach to the National Stadium, Surulere. 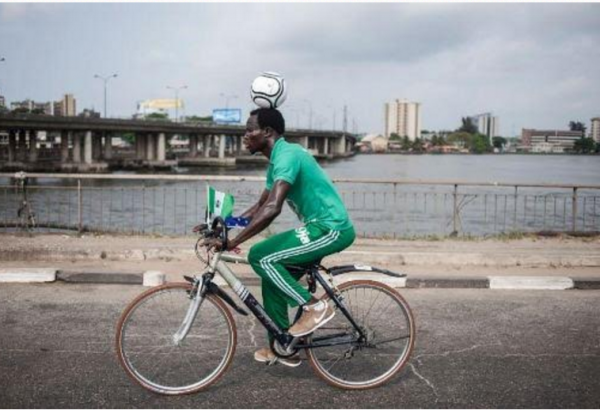 It is his second time of attempting the feat with his first attempt ending just at 30 miles. He was cheered on by excited passersby who stopped and watched him go, wondering if the football was glued to his head!

After breaking the record, an excited Harrison said, My biggest motivation was that I believe in showcasing my God-given talent. I know I have the skill and I want to show the world what I can do. “This one is a record created by me and I am happy that I have done my own side. And it’s left for the Guinness World Records to ratify it and bring back results.”