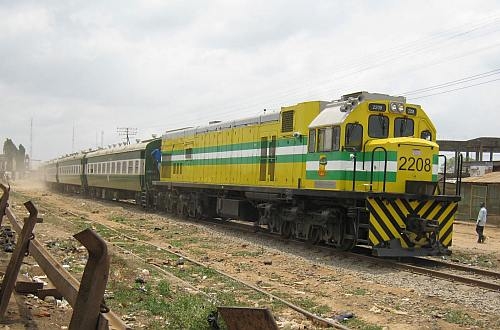 Barely a day after the Senate condemned the planned concession of some major rail lines to a US based company, General Electric, (GE) by Minister of Transportation, Rotimi Amaechi, Nigerian railway workers have supported the move.

The employees of the Nigerian Railway Corporation, NRC, on Wednesday in Lagos endorsed the planned concession of the corporation but called on the Federal Government to pay their entitlements.

The employees, under the aegis of the Nigeria Union of Railway Workers and the Senior Staff Association, Nigeria Railway Branch, said that they were in support of the concession of the NRC’s asset, if it would make the sub-sector a true hub of the Nigerian transportation system.

They were, however, opposed to what they termed a “wholesale transfer” of the workers’ liabilities to the would-be concessionaire.

The workers insisted on full settlement of all labour issues, including payment of a negotiated severance package by the Federal Government, before concluding the concession process and handing over to the concessionaire.

Esan Segun, Secretary-General, NUR, at a rally, said that 10,000 workers would be affected hence, the concession process should be transparent and due diligence followed.

“Let it be made abundantly clear that workers are not and will not be against the concession of the Nigerian Railway asset only if it is done with patriotism and due diligence, to make the rail sub-sector a true hub of the transportation system in Nigeria.

“We will also not antagonize the process if the Federal Government engages the workers in a dialogue.

“We will demand for a genuine and fair labour disengagement policy that guarantees our rights of fair severance benefits from the Federal Government, and that our demands are heard and fully met before conceding the railway’s asset to a third party,’’ Mr. Esan said.

He said that the workers would also keep their peace “if the Federal Government decides today, among other things, to monetise the staff quarters to the workers, as directed by the monetization policy of 2005”.