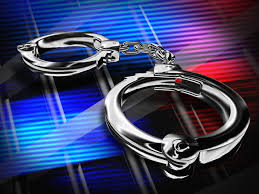 An 85-year-old goldsmith, Adamu Abdulmumuni, on Monday appeared before an Igbosere Magistrates’ Court, Lagos, over alleged theft of gold jewellery worth N1.4 million.

Mr. Abdulmumuni was arraigned alongside another goldsmith, Hassan Jubrila, 55, and one Joel Inyada, 27, on a three-count charge of conspiracy, stealing and receiving stolen property.

All the accused, whose residential addresses were not given, however, pleaded not guilty.

The prosecutor, Okete Ejime, had told the court that the trio committed the offences in September at No. 16, Mary Oyogbo Crescent, Lekki Phase 1, Lagos.

Mr. Ejime said that Mr. Inyada stole a gold wedding ring and a gold bracelet, both valued at N1.4 million, from of Uyi Ntono.

He submitted that Messrs. Abdulmumuni and Jubrila received the ring and bracelet with the knowledge that they were stolen or fraudulently obtained.

The prosecutor said that the offences contravened Sections 285, 326 and 410 of the Criminal Law of Lagos State, 2011.

Counsel to the accused, Emmanuel Banney, prayed the court to admit them to bail on liberal terms.

The Magistrate, O. G. Oghre, granted them bail in the sum of N1 million each with two sureties each in like sum.

She said that the sureties must show evidence of two years’ tax payment and must be gainfully employed.

Ms. Oghre adjourned the case till November 29 for mention.