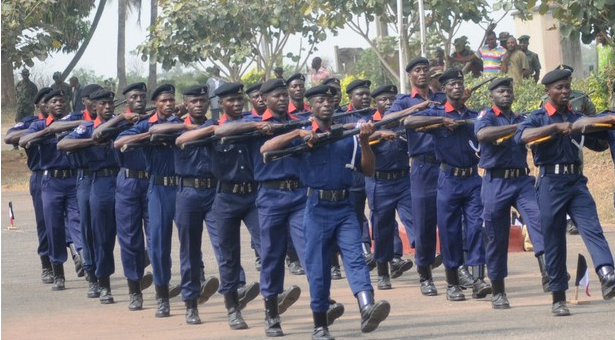 The Nigeria Security and Civil Defence Corps (NSCDC) has deployed 15,000 personnel for the Nov. 26, governorship election in Ondo State. The Public Relations Officer of the corps, Mr Emmanuel Okeh, disclosed this in a statement on Wednesday in Abuja.

Okeh said that the Commander General (CG) of the corps, Abdullahi Muhammadu, gave the directive on Wednesday.

Muhammadu also directed the Acting Deputy Commandant-General (Operations), Hillary Madu, to relocate to the state to personally coordinate the operations.

Madu will be assisted by two Assistant Commandants-General in Charge of Zone A, Lagos, and Zone G, Abeokuta, along with the Commandants from neighbouring states.

“Personnel are to be redeployed from Kogi, Edo, Osun, Kwara, Ekiti and Ogun state Commands to complement the Ondo State Command for adequate coverage of the state,’’ Muhammadu said.

The CG also approved the deployment of sniffer dogs and specialised units such as the SWAT, CBRN, CTU, undercover agents and special forces of the corps for the exercise.

“The NSCDC, as a major stakeholder in election monitoring, has a critical role to play before, during and after the Ondo polls,’’ he said.

Muhammadu advised the personnel to work in synergy with sister security agencies in order to ensure peaceful conduct of the elections.

He, however, warned that any personnel caught in any act of misconduct would be dealt with in accordance with the law and ethics of the service.

“I call on all the politicians in Ondo State to note that achieving victory is not a do or die affair. Power comes from God.

“The winner should be humble and magnanimous in victory, while the loser should accept it in good faith.

“There is always another time to achieve success. Election will come and go, but Ondo State remains.

“Therefore, there is no need to fight and destroy what belongs to existing generations and those unborn,’’ Muhammadu said.

The CG also advised parents to caution their children and wards against lawless acts. He warned the youths against act of lawlessness and other forms of election malpractice during the exercise