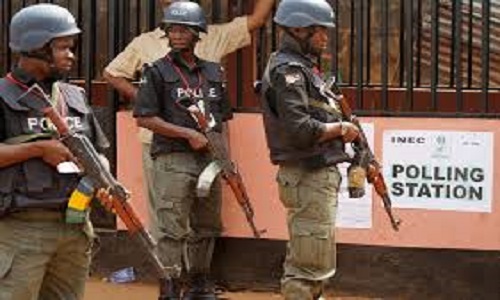 Some security agents deployed for Saturday’s governorship election in Ondo State slept in some police stations due to non-provision of accommodation as they claimed that their allowances had not been paid.

Investigation by the News Agency of Nigeria (NAN) in Okitipupa revealed that the security agencies involved included the police, Nigeria Security and Civil Defence Corps and the State Security Service.

Some of the security agents, who spoke to NAN on condition of anonymity because of the sensitivity of the issue, claimed they slept in any available police station in the area of deployment and were unable to feed well because of unpaid allowance.

“Those that do not have relatives here slept over in the police station and we also had to make arrangement for feeding because our allowances were not paid,” one of them told NAN.

NAN also reports that the security agents had removed all barricades and checkpoints on major highways in the area, ensuring free vehicular movement.

All efforts to speak with the Divisional Police Officer in Okitipupa, Oluwole Ojo, however, proved abortive.

But the spokesman of the Ondo State Police Command, Femi Joseph, said he was not aware of the development.

“I am not aware and I do not have the facts now because I am at INEC headquarters. I do not think any police man would contemplate leaving his duty post,’’ he said.

The police said 26,000 personnel, three helicopters, 12 Armoured Personnel Carriers and 20 gunboats were  deployed for the election.

The Inspector-General of Police, Ibrahim Idris, also said five officers would be at each polling unit during the election while three helicopters would be patrolling each of the senatorial districts.

Mr. Idris added that three commissioners of police would be in the state for special operations during the election.

The NSCDC also said 15, 000 personnel and 25 sniffer dogs would be deployed for the poll.