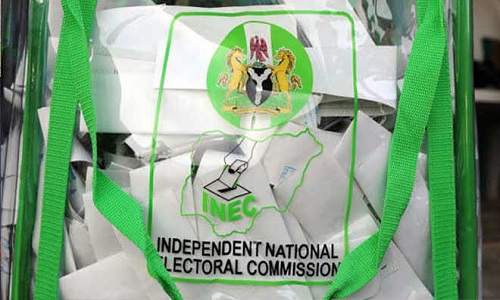 Ahead of the November 26 gubernatorial election in Ondo State, the Independent National Electoral Commission (INEC) on Sunday has denied report that says it is recruiting ad-hoc staff from Lagos State.

According to news circulating across the media, the Publicity Secretary of the All Progressives Congress (APC) in Ondo State, Abayomi Adesanya, had accused INEC of recruiting people from Lagos to favour the governorship candidate of the Alliance for Democracy (AD), Chief Olusola Oke.

However, INEC in a statement released by its Head of Department Voters Registration and Publicity Olabimpe Awoniyi, debunked the allegation, saying it never recruited anyone from outside the state.

Awoniyi, who appealed to political parties, their candidates, the public and particularly the press to verify their facts before publicizing them, added that such reports could lead to violence before, during and after election.

Also, the Permanent Voters Cards (PVCs) expected from the Continuous Voters Registration (CRV) earlier conducted in 2015 and 2016 are now available for collection.

It added that the distribution would start on Friday and end next Tuesday.

“They should note that only three days, that is Friday to Sunday, are allotted for the collection of the cards at the polling centre after which the commission will revert to the registration areas for the last two days of distribution.”