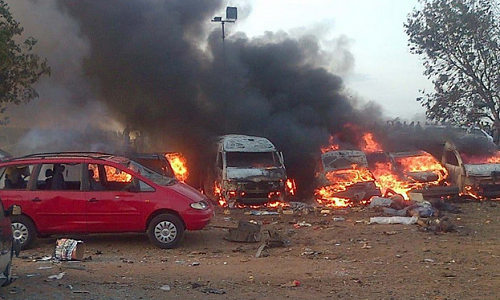 The party also condemned the ambush of the Nigerian military on Sunday in Damboa, Borno State by Boko Haram elements, describing the act as both “unfortunate” and “barbaric”.

In its reaction, the PDP, in a statement published on its official Twitter handle, however commended the Special Operation Unit of the military tagged “Operation Lafia Dole” for their courage and commitment to the security of lives and properties in the North East as it was made known that their efforts resulted in the aversion of another attack on Sunday evening

The social media report further stated “while we applaud the dexterity of our officers and men in the field, we wish to further advise the All Progressive Congress (APC) led Federal Government to stop the needless and diversionary propaganda on issues of insurgency in the Northeast and rather concentrate more in providing all the moral and technical support needed by the Military to end this campaign of terror”.