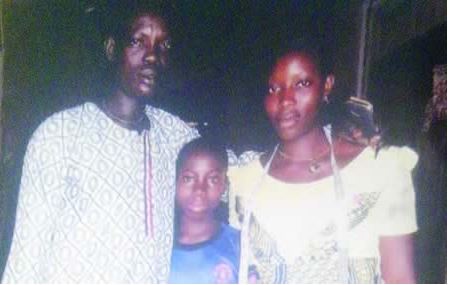 A 42-year-old farmer, Segun Elegbede, has died in the custody of policemen from the Magbon Police Division, Ogun State.

PUNCH Metro learnt that Segun was tortured before being abducted by a team of policemen from the Anti-Robbery Squad of the state, who invaded Ajibawo village, in the Ado-Odo/Ota Local Government Area.

The policemen were alleged to have looted shops in the community after which they descended on the victim.

He was said to have been taken away to the division and prevented from seeing friends and family members.

Seven days after he was arrested, a member of his family was reportedly called on the telephone that he was dead and his corpse deposited in a morgue.

A hairdresser in Ajibawo, Modinat Akinola, said no one knew the reason for the attack which occurred on October 14, 2016, adding that her shop was among those looted by the policemen.

She said, “On that day, I saw about four policemen around 3pm; they came in a commercial bus. Suddenly they started shooting, and everybody fled.

“I tried to hide inside my shop with my two children. Other policemen later arrived in a patrol van. They broke into my shop and damaged my refrigerator and other electronics.

“They took away my phones, recharge cards, ATM cards, money, canned malt, tin milk and bottled drinks, among others. The value of everything is about N400,000. A man, who was sleeping in the house beside my shop, was attacked and taken away that day.”

Akinola said she later reported the incident at the Atan Ota Police Station.

The wife of the victim, Fatimoh Elegbede, said she was not around, adding that she was alerted to the attack around 5pm.

“When I got back to the community, everywhere was deserted. When I entered our house, I saw that it had been vandalised.

“When I got to Magbon Police Division, I was not allowed to see my husband; they kept asking me to exercise patience. After seven days, the police called my husband’s sister that she should come for his corpse,” she added.

The family lawyer, John Aina, described the incident as unfortunate, saying the police had refused to disclose where the corpse of the victim was deposited.

Aina, who had petitioned the Ogun State Commissioner of Police, Mr. Ahmed Iliasu, said the police must investigate the death and bring the perpetrators to book.

He said, “The policemen, before leaving the village, arrested some okada (motorcycle) riders and took away their motorcycles. They were released a few days later. But the deceased, who was arrested while sleeping, was kept from seeing his family until he was declared dead.

“Why did the officers invade the village that day? Why was the deceased arrested? Why did the policemen loot shops in the area? Why was Mr. Segun Elegbede not charged to court promptly if he committed any crime? Why wasn’t he released on bail or allowed to see his family members? Where are the corpse and the autopsy report? The police authorities must investigate these issues. We will be taking appropriate legal actions against the police on the matter.”

The Police Public Relations Officer, Abimbola Oyeyemi, said he was not aware of the incident, promising to get back to our correspondent.

He had yet to do so as of the time of filing this report.