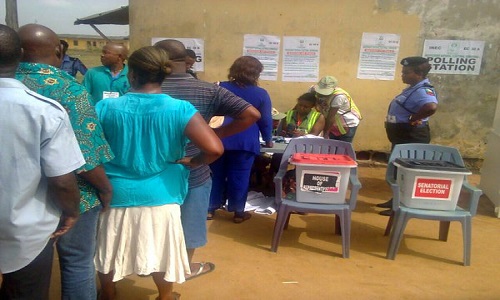 The Senate on Wednesday resolved to suspend plenary if the inconclusive National Assembly elections in Rivers State, fail to hold by December 10, 2016.

Three senatorial seats of Rivers State in the Senate and some seats in the House of Representatives have been vacant since the Appeal Court ordered a rerun election last year.

Several attempts by the Independent National Electoral Commission, INEC, to conduct elections into the vacant seats have proved futile as a result of what the electoral commission considers a threat to the lives of its personnel.

The commission had in March this year, vowed not to return to Rivers to conclude rerun elections in the state until peace is restored, following the killing of a corps member and INEC ad-hoc staff, Okonta Samuel, by suspected political thugs during the rerun polls in the state.

Subsequent attempts by the electoral commission to conclude the rerun were not feasible as acts of violence, such as the burning down of the INEC office in Khana Local Government Area on July 22, forced a shift in the date for the elections.

A tentative date for the inconclusive elections has now been fixed for December 10 amid fears of another postponement by INEC.

But the Senate today, vowed not to tolerate another postponement in the date for the inconclusive legislative elections in Rivers.

The decision was taken following a motion moved by the Deputy Senate President, Senator Ike Ekweremadu, that the chamber was not properly constituted because all the states were not represented.

In his remarks, the Senate President, Dr. Bukola Saraki, said the delay in the conduct of the elections endangers the country’s democracy.

When the motion was put to a voice vote by Senate President Saraki, majority of senators voted in its support.