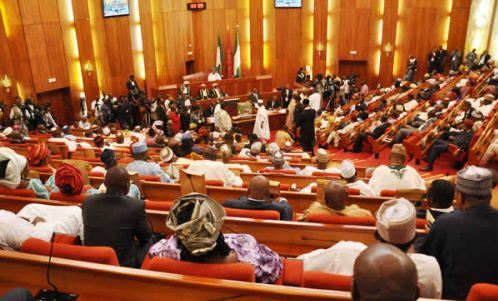 The second meeting between the Senate and the Academic Staff Union of Universities ended in a stalemate on Monday night.

The meeting was adjourned indefinitely.

The Chairman, Senate Committee on Tertiary Education and TETFund, Jibrin Barau, who spoke to journalists after the meeting, said the parley, which lasted for about eight hours, was able to resolve all the issues raised by the lecturers except one bordering on payment

He said, “You can see that we’ve been talking for about eight hours. We have deliberated and, thanks to God, we have resolved all the issues; we have agreed on all issues except one. We have adjourned to make consultations.

“Every section (stakeholder) in this meeting will go back to their base or constituency and report what transpired (at the meeting) and at a later date reconvene to trash out the remaining issue. We have resolved all the issues but it remains one.”

When asked what the last issue was, he replied, “It is about the earned allowances that need to be paid to the university lecturers. The government, due to paucity of fund, proposed a certain amount of money but ASUU thought otherwise; that the money was quite inadequate. The union said it was going back to its members, make consultations and get back to us. We do hope they will come back with good news.”

When asked when the next meeting with ASUU would hold, he said, “It will be after due consultations. We will report back to you. We will tell you (about) when next we will meet.”

The leadership of ASUU declined to speak to journalists after the meeting.

The Senate had last Wednesday failed to stop ASUU from continuing with its ongoing one-week warning strike, which ends today.