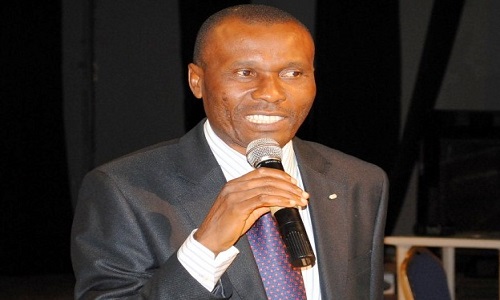 The Minister of Niger Delta Affairs, Usani Nguru Usani, has described the Amnesty Programme organized by some state governments for militants and cultists in the Niger Delta and other parts of the country as a fraud that does not have any impact.

Mr. Usani particularly frowned at the manner state governments were granting pardon to criminal elements parading as militants, adding that the exercise does not enjoy the backing of the federal government or his ministry and therefore, is “null and void”.

The minister, who was making reference to the recent Amnesty Programme organized by Imo and Rivers States where purported militants surrendered their arms and were granted pardon  by the respective state governments, lamented that the programme had been abused by state the governments.

The minister, who made these assertions while speaking with newsmen after a workshop in Owerri, the Imo state capital, said “it is unfortunate that the amnesty programme has been misused and abused. From my own understanding, what is happening is not amnesty. Any criminal cannot just go and carry his grand-father’s arms and after terrorizing the community for a while, he is granted amnesty”.

According to Usani, “the amnesty has been abused, in my own view, it has really been abused. Somebody goes to carry his grandfather’s gun that he used in fighting the 2nd world-war to present and say it’s amnesty, that is nonsense to me, this is my take on this amnesty thing that I see happening around”.

Meanwhile, the minister disclosed that the Niger Delta Ministry is in partnership with the United Nations Development Programme (UNDP) to organize a workshop to assess the validation of baseline report on projects on the Niger Delta region.

He said: “I am in Owerri to attend the discourse on assessing towards validation on the baseline report on the region; the essential perspective of this report is to be sure that whatever we are doing in any area of the region is according to needs and not perception. So baseline report has been carried out between the Ministry and the UNDP to be sure that we assess the state of affairs inter-sectorally and regionally to be able to know in our planning what needs to go well according to demand”.