A stone inscription of what scholars say is the first copy of the ten testaments given to Moses by God has been sold for $850,000. The stone was first uncovered in 1913 during excavations for a railroad station near Yavneh in Israel and is the only intact tablet version of the Commandments thought to exist. 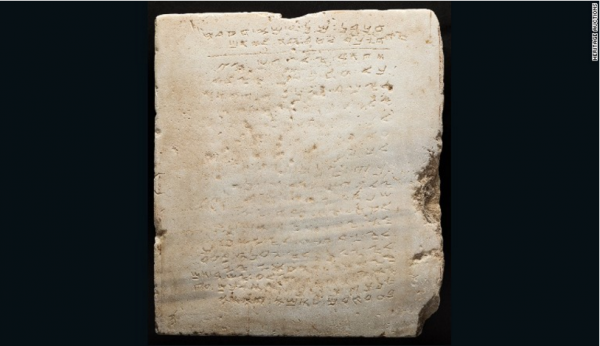 “The tablet’s significance is testament to the deep roots and enduring power of the Commandments that still form the basis of three of the world’s great religions: Judaism, Christianity and Islam,” said David Michaels, director of ancient coins for Heritage Auctions.
It  lists nine of the 10 commonly known Biblical Commandments from the Book of Exodus; “You shall not take the name of the Lord your God in Vain” was deliberately left off the list to keep the total number of Commandments to 10, according to scholars.