A former pastor with the synagogue Church of All Nation has revealed how the founder of the ministry, Prophet T B Joshua nearly killed him while serving under him.

The estranged member of the church revealed that the man of God is so heartless that he subjects pastors under him to untold hardship by flogging them with horse whip, otherwise known as ‘koboko’ at any slightest mistake. 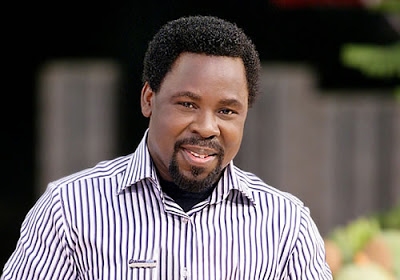 He recalled how he was forced to accuse a lady of committing fornication; and the man of God allegedly grinded pepper and inserted it into her private part.

The pastor in a 20-minute footage recalled how he bought four wheelchairs for the church, which were used in performing fake miracles.

He said, “When I joined the Synagogue Church many years ago, I thought I had met a saviour but unfortunately, I never knew was on a journey into hell.

“In 1997 after I went for a crusade in Ghana I became so close to him (Joshua) following my performances and I was subsequently asked to join the Disciples.

“I remember a time when we had to wrongly accuse a lady of committing fornication and she was brought to the Disciples stack naked and pepper was grinded, mixed with water and inserted into her vagina.”

The controversial preacher came under heavy criticisms following his recent prophecy that Hillary Clinton of the Democrat would win the just concluded presidential election in the US.

But his prediction hit the cross bar as Donald Trump of the Republican was eventually declared winner.