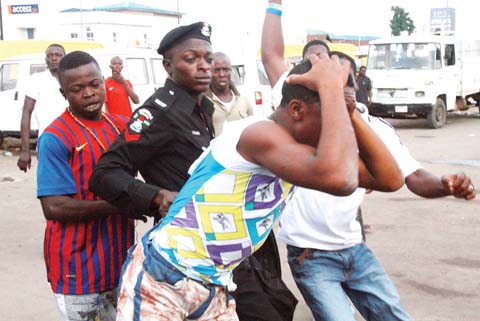 Three people have been confirmed dead and two others injured in a crisis that broke out in the Kantoma area of Suleja in Niger Statek on Monday evening.

The crisis was occasioned by the theft of a handset. One of the deceased, according to ThisDay findings, was the owner of the stolen handset.

It was learnt that an unidentified man reportedly stole the phone from the shop of the deceased and when it was discovered, the man took to his heels.

The deceased and others raced after the suspected thief. Unknown to them, members of the gang were around to give protection to the thief.

One member of the gang, according to the report, stabbed the owner of the handset, a development that attracted sympathy from neighbours who dealt heavy blows on members of the gang.

In the process, both the suspected thief and a member of the gang who were beaten to a state of coma were rushed to the hospital where they eventually died. The handset owner who was taken to the same hospital also died there

The police however brought the situation under control before it went out of hand.

Police Public Relations Officer, DSP Bala Elikana, could not confirm the story because no report had been received from Suleja area command.