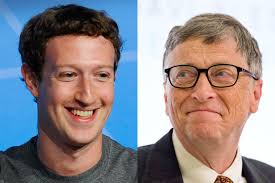 Uganda’s High Court on Friday ordered the closure of a chain of low-cost private schools backed by Microsoft and Facebook founders Bill Gates and Mark Zuckerberg.

A judge ruled that the 63 Bridge International Academies provided unsanitary learning conditions and had not been properly licensed.

The ruling is a blow to Bridge International which has expanded rapidly since its inception in 2008, offering cheap, standardised, technology-driven education in developing countries in Africa and Asia.

Gates’ and Zuckerberg’s foundations are among the company’s high-profile backers.

But Bridge International has courted controversy, with Liberian teachers threatening to strike earlier this year over government plans to outsource all primary education to the private US-owned company.

In Uganda, government inspectors said children were being taught in sub-standard facilities and unsanitary conditions.

Bridge International, which claims to have 12,000 students in Uganda, said it would challenge the High Court ruling.

“We are extremely disappointed for our pupils and disagree with this ruling,” said liaison officer, Godwin Matsiko.