Jamaican sprinter and world record holder Usain Bolt is in Australia and is set to compete and captain a ‘Bolt All-Stars’ team in a new sports entertainment series which its organisers hope will “revolutionise global track and field”.

Nitro Athletics has been designed as a team-based series which will see stars of Australian and international athletics compete across three nights at Melbourne’s Lakeside Stadium February next year.

The Melbourne edition will feature six teams of 24 athletes (12 women and 12 men).

An Athletics Australia announcement read: “Nitro Athletics will be like no athletics competition seen before and will not just feature traditional events – this will be a different spin on traditional athletics and will include a mix of power, endurance, technique and teamwork disciplines across sprints, distance, field and para-athletics events.

“Mixed events and relays will also feature in the Nitro program as team’s battle for points and the Nitro Athletics Melbourne crown.”

The events are set to take place on Saturday February 4 and Thursday 9, with a final on Saturday 11.

“This will be track and field as it’s never been seen before and that’s why I’m involved, not only as a competitor, but also as a team captain,” said nine-time Olympic gold medallist Usain Bolt, who has never raced in Australia.

“Nitro Athletics is what track and field needs – a fresh way to present the sport and I can’t wait to be back in Melbourne to share Nitro Athletics with the fans in February.”

“Nitro Athletics will be the catalyst that will change how athletics is presented. It’s a game-changer for athletics and Athletics Australia. We want to start the global reinvigoration of athletics right here in Australia.

“The fact that Usain and his team are so enthusiastic about the concept shows how important bringing athletics to new audiences is to Usain. We are thrilled that he is with us.” 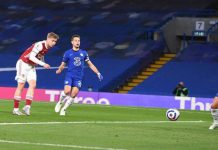