Woman narrates story of hellish escape from kidnappers in Delta 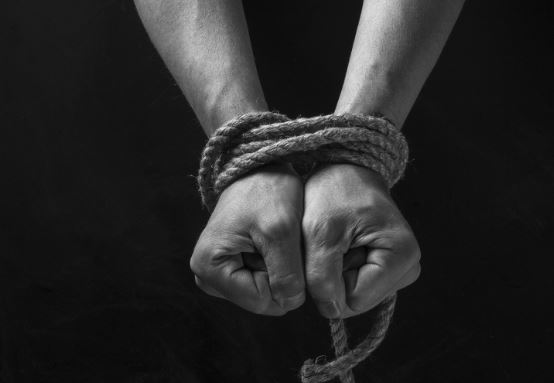 On September 19, 2016, all Eduvie (who requested that her full name should not be published for security reasons) wanted to do was have a nice time. And she did just that when she took her car keys and drove to a cinema at Asaba, Delta State to see a movie.

By 8pm, she was on her way back home. But not in her wildest imagination did she expect what happened next.

The lady, who runs a make-up business, told Saturday PUNCH that she was in front of her compound honking for the security man to open the gate when she noticed that the young man, a Hausa man, did not come to the gate, several minutes after.

“I was in front of the gate for about 20 minutes honking. The delay was highly unusual. But I stayed and kept honking. I actually thought about engaging the central lock and driving around a little but I stayed there,” she said.

According to her, while she continued honking, she saw four men with guns emerge.

She said the men proceeded casually to open the gate for her, as she thought they were just security guards from the street who were colleagues of her compound’s security man. Eduvie said, “I drove into the compound and they immediately pounced on my car trying to break the windows but it was difficult for them.

“They eventually gained entry into my car and pushed me to the back seat. One of them took over the wheels. And they reversed the car out of the compound.

“As they reversed, I caught a glimpse of our security man casually closing the gate after us. That was when I knew he was in on it. All the men spoke Hausa like him.

“They tried to place a cap on my head but I kept shaking my head vigorously to avoid the cap. I had heard stories before that sometimes when kidnappers place hoods or caps over the heads of their victims, they pass out.

“They were trying to push my head to the floor of the car to keep me out of sight, but I raised my head a little and realised we were on the Asaba-Agbor Expressway.”

Eduvie said they were speeding but that she realised she had to do something fast.

Then, she seized the moment when she saw one of the men trying to lock the car.

“I don’t know what came over me when I suddenly opened the other door and jumped out. I was rolling and bouncing on the floor. I saw vehicles coming towards me at high speed and thought I was going to be crushed. But luckily for me, they were all applying breaks,” she said.

The lady said a motorist who seemed to understand what was going on quickly stopped to help her.

Eduvie said she thought she was in the clear until she looked back and realised that the kidnappers had turned back facing the traffic just to catch up with her.

Unfortunately, the motorist who stopped for her also saw them and decided to flee because of the guns the kidnappers were holding.

Eduvie told Saturday PUNCH, “I continued to run on the road. Whenever I hailed any vehicle for help, it sped off when the driver saw the kidnappers with guns.

“Luckily for me, the first car that stopped to help me had stopped in the front with the hope that I would catch up. I saw it and I ran to where the vehicle parked beside the road and entered it. But the kidnappers started to pursue the vehicle.

“The man who helped me kept going until it turned towards the police headquarters in Asaba. When the criminals saw where we were going, they turned off and sped away.”

According to her, she has sought no explanation from the police for the release of the only suspect arrested in the case – her security guard, while they have offered her no explanation.

When our correspondent contacted the new spokesperson for the Delta State Police Command for comments, her number was switched off.

Share
Facebook
Twitter
WhatsApp
Previous article8 Surprising Signs You’re Actually An Introvert, Even If You Think The Opposite
Next articleFamily in panic as seven-year-old boy vanishes
- Advertisement -Ad ==> Discover how a young Nigerian graduate now makes a consistent 40k per week doing a legitimate online business. You too can start yours now, click here!!!