A bright young boy in Pakistan who was set to deliver a motivational speech at the presidency has approached the Islamabad High Court against the decision to replace him, “steal” the text of his speech, and give it to someone else without his consent.

On Friday, 11-year-old Muhammad Sabeel Haider, through his father Naseem Abbas Nasir, filed the petition in which it’s verdict was reserved by Justice Aamer Farooq.

Farooq made the secretary to the President, additional secretary at the President’s Secretariat, director colleges of the Directorate of Education, Pakistan Electronic Media Regulatory Authority (Pemra), the managing director of the Pakistan Television, and Ayesha Ishtiaq through the principal of Islamabad College for Girls, respondents in the case.

Haider, a student in grade six at the Islamabad Model College for Boys, stated in the petition that he participated in a programme arranged by the presidency and delivered a speech on March 23 this year. Later, the president had given him a letter of appreciation. 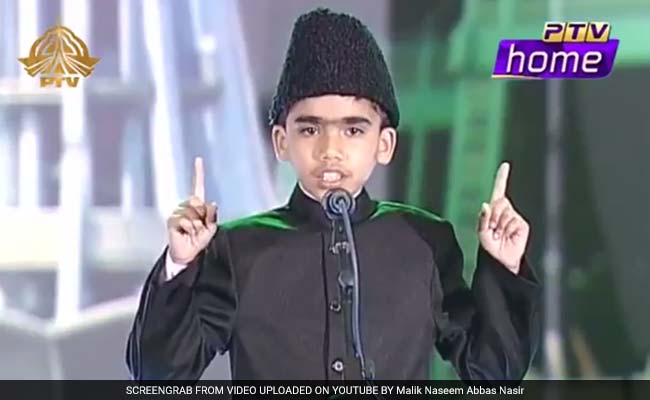 Now, he said, a ceremony with regard to the 141th birthday of Quaid-e-Azam Muhammad Ali Jinnah was scheduled with the title “Quaid-e-Azam aur Bachay”. The respondents requested the petitioner on December 14 to deliver a speech in the ceremony on the topic of “Pakistan ka Mustaqbil” which had to be recorded on December 22.

The young orator participated in daily rehearsals from December 14 onward and sacrificed two exams on December 15 and December 19.

The counsel said that Haider’s speech was forwarded for approval from the presidency, adding that the respondents approved and returned it after vetting.

On December 22, the petitioner reached Aiwan-e-Saddar, the presidency palace at 8:00am.

Officials of the presidency sent him for make-up and the young orator sat on his reserved seat and waited for his turn.

“Shockingly,” the counsel stated, Haider was informed that the speech was going to be delivered by a girl from another school, and “more astonishingly”, the speech she delivered “was the original script of the speech of the petitioner.”

“The petitioner was highly discouraged…and insulted by the respondents” because his original script was delivered by someone else, and that too without permission, consent or will of the petitioner.

Calling it “stealing”, the counsel termed the act of the respondents a violation of intellectual property, intellect, and copyrights.

He prayed that the respondents be restrained from airing the speech on electronic or social media.