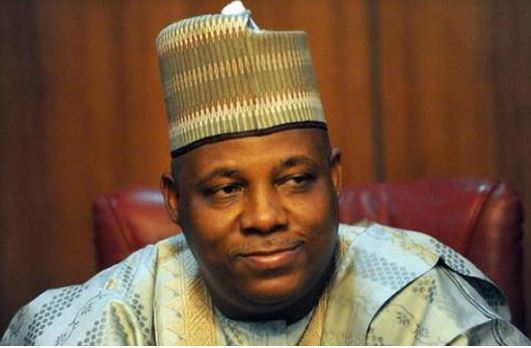 Governor Kashim Shettima of Borno has described the Christmas of 2016 as his best season of celebration since his assumption of office over five years ago.

Speaking after cutting the tape to declare open some major highways in the state, Shettima said that 2016 signalled “Nigeria’s year of victory and Borno year of hope and liberation’’.

He said, “I want start by declaring that since I became the governor of Borno state in over five years, this is the best Christmas season that I have ever witnessed.

“This is the best December we ever witnessed and the year 2016 is my best year so far as governor of Borno state. 2016, for me is Nigeria’s year of victory and Borno year of hope and resurrection.

“It is in 2016 that we began to have access to major roads like Gwoza, Bama, Dikwa,Monguno and Damasak, following their liberation by our gallant armed forces.

The governor also said that not only were some of the Chibok abducted school girls recovered in the year, the country established its supremacy over the Sambisa forest in 2016, where the Boko Haram terrorists had hitherto held sway.

He said, “It is in the year 2016 that we recovered some of our daughers abducted at Government Secondary School, Chibok in 2014.

“And fellow Nigerians, it is in the year 2016 that the Federal Republic of Nigeria established its supremacy over the Sambisa headquarters of the Boko Haram (terrorists).

“For the government and people of Borno that there is no better Christmas and New Year gift that is more precious than the conquering of Sambisa forest by our gallant armed forces.”

He also acknowledged the roles played for officers and soldiers, who paid the supreme sacrifice in course of the war to liberate the state from the insurgents and prayed for their repose of their soul.

The governor described the two major roads reopened as economic life wire of Borno, where agriculture produce from the Northern part of state was being transported to other parts of the state and the country at large.

It will be recalled that other major roads in Borno, including Maiduguri-Mafa-Dikwa-Ngamboru Ngala, Maiduguri-Baga and Maiduguri-Damboa roads were earlier in the year reopened.