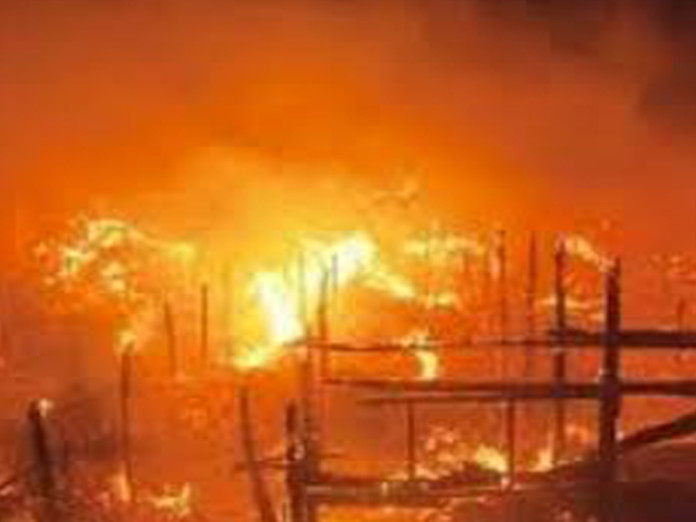 No fewer than 48 shops and properties worth millions of Naira were on Tuesday burnt to ashes at Gombe old Market as a result of fire incident.

Malam Mohammad Abba, Chairman of the market told the News Agency of Nigeria (NAN) that the incident occurred in the night, adding that the cause of the fire had not been identified.

He said that about 300 shop owners lost their goods to the inferno.

According to him, some of the shops consist of various goods, while the shops occupy by some tailors were also affected by the inferno.

He advised the shop owners to take it as an act of God and to be careful in handling everything that had to do with electricity.

Abba called on the government to come to the aid of the victims.

Some of the victims also said that they were suspecting that the fire was caused by electrical fault.

However, they commended the men of Fire Service and the security agents for their immediate response.

They appealed to Gombe State Government and public spirited individuals to assist them.