Five police officers in Ukraine were mistakenly killed by their colleagues in a shootout during an operation to bust a suspected theft ring on Sunday morning in Knyazhychi village, some 15 kilometers west of Kyiv.

The tragedy took place around 4am local time as Kyiv criminal police operatives were preparing to nab a group of people suspected in a number of robberies.

When the police learned of a plan to rob a house in Knyazhychi, officers set up a trap nearby to catch the suspects.

But something went wrong and events unfolded as no one expected. Two criminal police operatives were hiding in an unfinished house, preparing to signal the rapid reaction units to start the operation when the suspects appear. But, unexpectedly, a security alarm in a neighbouring place went off, triggering the arrival of a team of protection police, a division of national police that provides security services to people and businesses.

The protection police officers who came saw and followed the fresh footprints in the snow leading to the unfinished house, thinking the burglars who triggered the alarm were hiding there. They found two men there – two criminal police operatives – and detained the duo, confusing them with criminals. 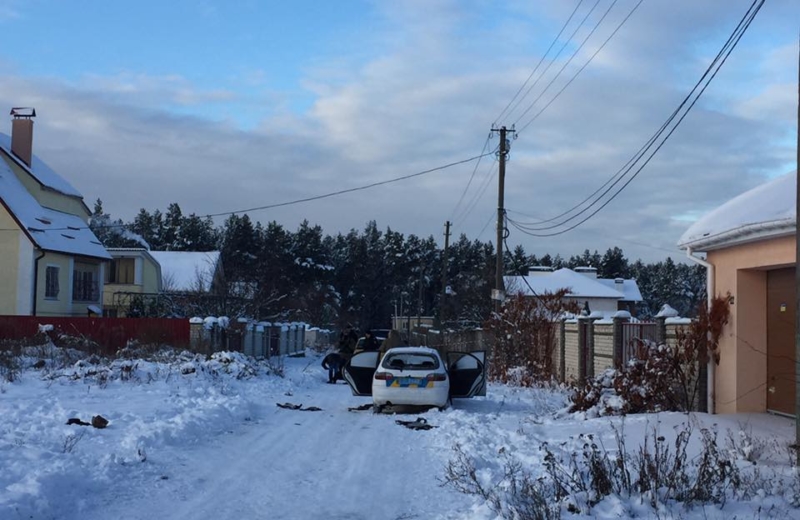 At the same time the rest of the criminal police officers waiting nearby witnessed the scene, thought the criminals uncovered and caught their colleagues and so came to their rescue. A KORD unit – Ukraine’s equivalent of SWAT (Special Weapons And Tactics) – joined them.

A tragic shootout erupted between the protection police and members of the regular police and the KORD unit.

In the meantime, the three actual suspects, who allegedly prepared for the robbery in Knyazhychi that morning, heard the shooting and hastily left the location. They were detained in Kyiv with firearms shortly afterwards and are expected to be charged with a number of criminal offences, the police said.