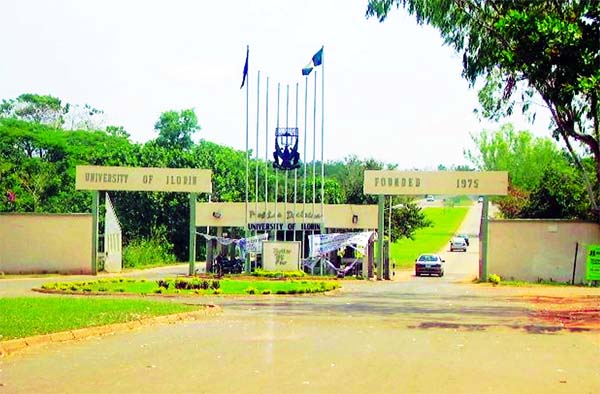 The Academic Staff Union of Universities (ASUU), has petitioned the Economic and Financial Crimes Commission (EFCC), alleging more than N2 billion fraud against the management of the University of Ilorin(UNILORIN).

The petition was jointly signed by the Ibadan Zone Chairmen of ASUU, Dr Ade Adejumo, and the University of Ibadan chairman, Dr Deji Omole.

ASUU, in the petition, said the former Vice Chancellor of the university, Prof. Ishaq Oloyede, now the registrar of Joint Admissions and Matriculation Board and the incumbent Abdulganiyu Ambali, were involved in a fraud totaling more than N2 billion.

ASUU described the University of Ilorin management as one of the most corrupt in any higher institution.

According to the petition, the institution has been operating under the pretext of keeping stable academic calendar to silence whistle blowers while perpetrating enormous fraud.

The allegations listed in the petition included pension fraud, unremitted deductions, extortion from students, contract inflation and kick-backs; as well as unlawful payments to ex-principal officers of the university.

Adejumo urged the EFCC to investigate the “monumental fraud perpetrated by the past and present administrations of the university.’’

They said the former vice chancellor, in 2011, doubled the amount of pension being deducted from staff under the pretext that the previous deductions were lower than prescribed in law.

“For the avoidance of doubt, the legal minimum prescribed by Pension Act at the time was 7.5 per cent of emoluments and staff were paying even above this minimum.

“By way of comparison, in federal universities such as University of Lagos and Obafemi Awolowo University, Ile-Ife, the sum of N20, 124. 62 is deducted from each professor as pension contribution per month.

“However, in the University of Ilorin, the sum of N40, 206. 42 is deducted monthly for the same pension contribution contrary to law’’, it stated.

The petitioners also alleged a fraud of N1.5billion jointly perpetrated by the immediate past vice chancellor and the incumbent on fraudulent and unremitted deductions from staff salaries.

“Our preliminary investigations revealed that billions of naira have been extorted from population of about 35,000 students including Sandwich students over the past years.

The union, therefore, called on the EFCC to do a diligent and thorough investigation of the allegations, adding that if such was done, the anti-corruption agency would discover a can of worms.

A copy of the petition was stamped by the EFCC as received. It was dated 29th December, 2016.