To show gratitude to Fans and colleagues for a fruitful year 2016, The 2015 Headies Next Rated Winner @ReekadoBanks has announced plans to hold a Thank You Concert which is set to hold on the 21st of December 2016 at prestigious New Africa Shrine, Lagos. 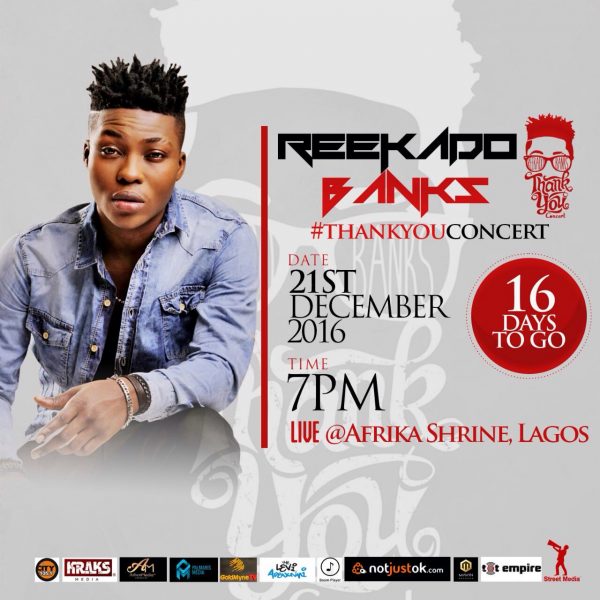 Just as the name implies, the concert is to show appreciation for a successful and fruitful year “2016”. The show, which is put together by Mavin Records in conjunction with TOT Empire, will have the biggest names in the Music industry in attendance. Speaking to Reekado Banks,he said, giving back to my Fans is the best way to say Thank You. #ReekadoBanksThankYouConcert #ThankYouConcert. 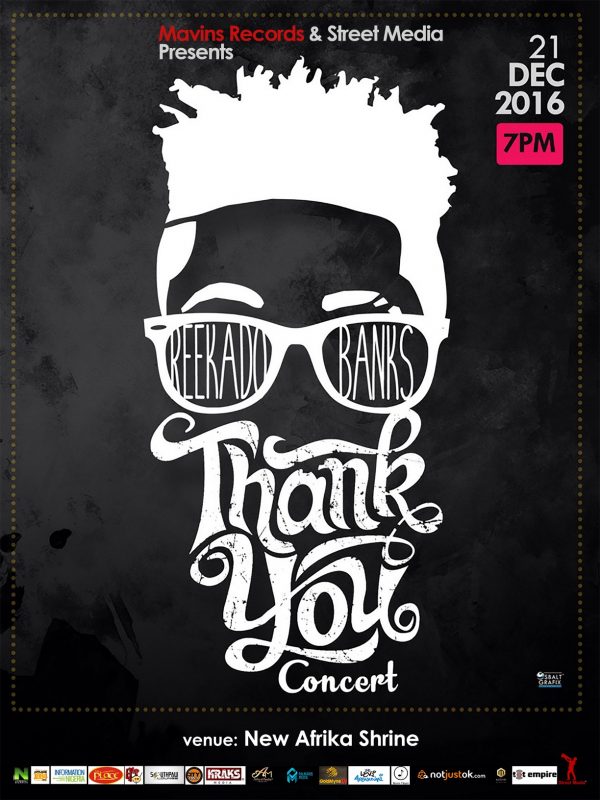