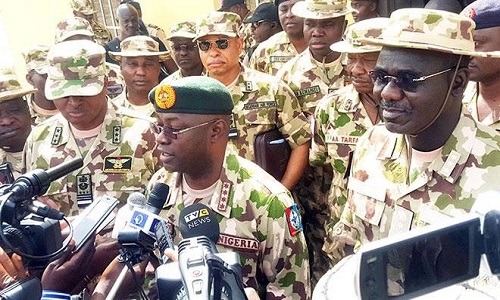 According to a report by New Telegraph, the president has directed the Minister of Defence, Brig.- Gen. Mansur Dan-Ali (rtd), to send letters to the two Service Chiefs to notify them of their disengagement from service which is due on Friday, December 16.

According to the report, their disengagements were based on their attaining the official years of retirement from the military. While Olonisakin was commissioned Second Lieutenant on December 18, 1981, Ibas’ commissioning took place in 1983.

Meanwhile, the Chief of Air Staff (CAS), Air Marshal Sadiq Abubakar, is expected to take over from Olonisakin in acting capacity while a former President of a Special Court-Martial, Air Vice Marshal James Gbum, is to assume the position of CAS, also in acting capacity.