Legendary English footballer David Beckham, who is known to be a lover of tattoos, has been an inspiration for a new UNICEF campaign video which highlights physical and psychological abuse of children. 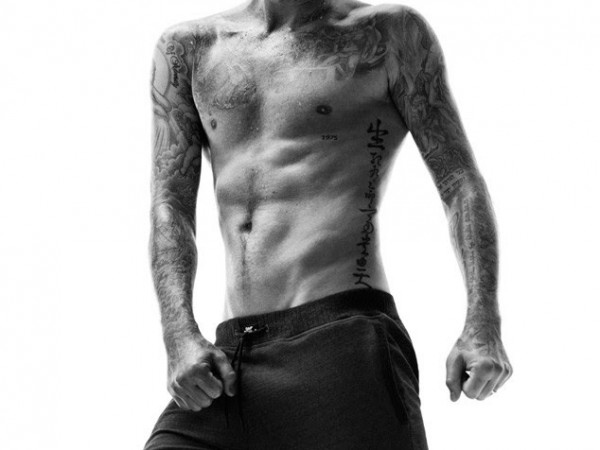 The former free kick specialist bares his body in the one-minute film. Scenes of violence against children appear as animated tattoos on his body.

As the camera rolls over Beckham’s bare body, a child’s voice says, “Violence marks forever.” The illustrations come alive with a background soundtrack of cruel laughter and fearsome screams.

At the end of the video, Beckham says to the camera, “Violence against children marks them forever, it’s wrong. End it.”

He has shared the video on various social media platforms with the caption: “Every five minutes a child dies as a result of violence. Millions more are in danger of abuse that could destroy their childhoods. Today, I’m launching a new film with UNICEF which shows how violence and abuse can mark children forever. I chose my tattoos to represent happy memories but millions of children bear marks they have not chosen.”

Beckham has been a UNICEF goodwill ambassador since 2005 and launched the campaign to mark his 10th year of working with them.

The former Manchester United man said in a statement: “When I launched my 7 Fund with UNICEF, I made a commitment to do everything I can to make the world a safer place for children and to speak out on issues that are having a devastating impact on children’s lives. One of those issues is violence.”

“Every five minutes, somewhere in the world, a child dies from violence. Millions more are in danger of physical, emotional and sexual abuse that could destroy their childhoods forever.”