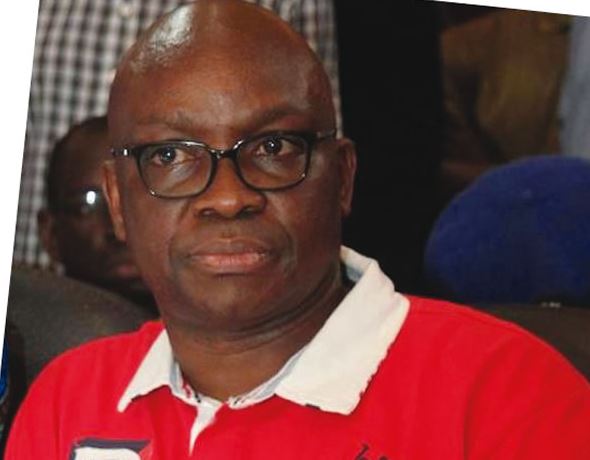 The Governor of Ekiti State, Ayodele Fayose has terminated the recruitment of over four hundred staff of the State University over what he described as lack of due process in their employment processes.

Governor Fayose who disclosed this during an interactive session with participants in the N-Power Programme of the Federal Government from the state in Ado Ekiti on Wednesday, said he was shocked that over 400 persons would be offered employment without the positions being advertised.

While commending the participants and enjoining them to be active and hardworking, the governor pledged a reward of  N1m and full employment for the best participant in the N-Power Programme.

“This is only a palliative as it will last for only two years and I am strongly appealing to the Federal Government to take th‎e issue of job creation serious. When somebody partakes in this programme and is sent back to the labour market after two years, that is going back to where he or she started, the labour market,” he said.

“As for us, we will do our duty to distribute participants to where they would work and monitor them as well as ensuring that we do a proper data capturing of the participants.

“For those in the agriculture arm of the programme, they can take advantage of our desire to adequately support rice and cocoa cultivation.

“We will support in the provision of inputs and clearing of land. Next year, we are committing about N250 million to clear farmlands across the state.

“From the participants, we can get serious ones who could be useful in the teaching service and other areas,” he said.